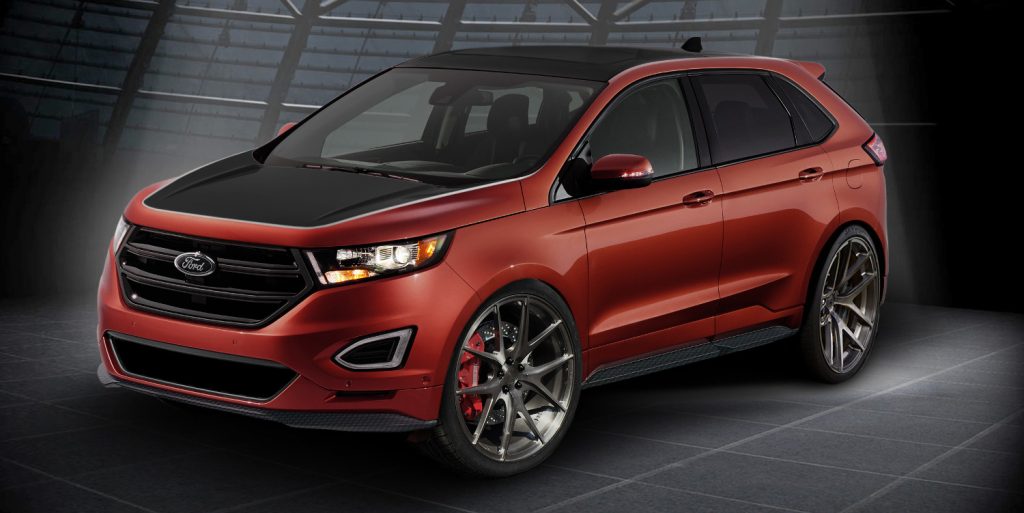 The Blue Oval is busy preparing itself for the impending SEMA (Specialty Equipment Market Association) show in Las Vegas, Nevada in early November, but not so busy that they couldn’t clue us in on some of what we can expect to see there.

For instance, the concept boasts a JMS-supplied throttle enhancer and boost controller, not to mention Webasto’s own Thermo Top Evo engine pre-heater. ECU calibration was performed by SCT Performance, and an MRT Performance axle-back exhaust kit was fitted. The chassis wasn’t neglected, either; a performance suspension from H&R Springs keeps this 2016 Ford Edge Sport afloat, while the brakes have been upgraded with Rotora calipers, pads, and stainless lines.

Of course, this isn’t to say that appearances were entirely neglected. Webasto’s Ford Edge Ignition concept sports the company’s own inbuilt sunroof, shadow tinted glass, and carbon fiber bits from Sankuer Composite Technologies. That list includes a front chin spoiler, side rockers, and rear diffusers. A delicious, deep red paint tone adorns the body, save for the roof and hood, which are shod in a contrasting gloss black.

For more on Ford’s presence at the 2015 SEMA show in Las Vegas as it emerges, stay tuned.