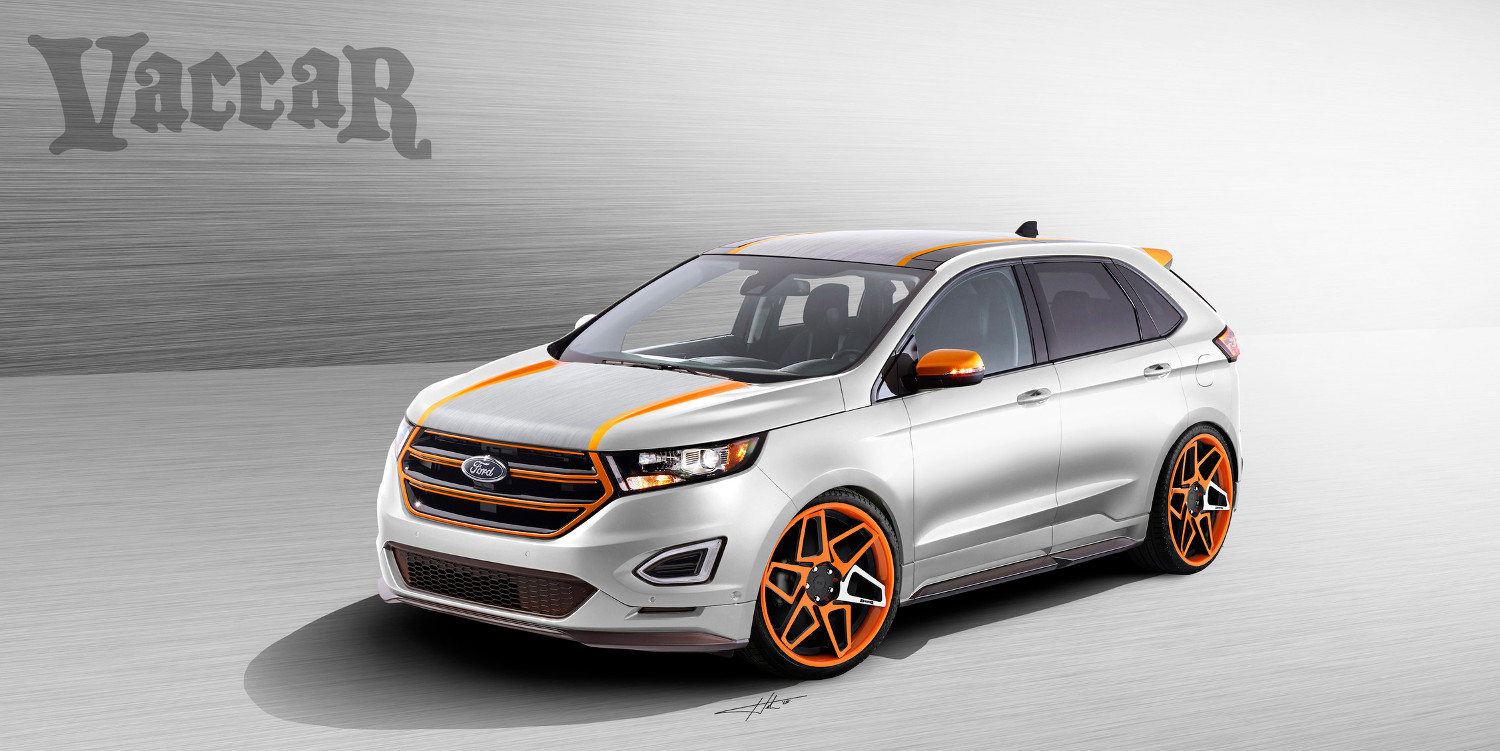 Ford Motor Company will be sure to have a strong presence at this year’s SEMA aftermarket show in Las Vegas, with over 50 specially-prepared Ford vehicles making their way to Nevada this November from a plethora of different custom shops.

One of those vehicles is this 2016 Ford Edge Sport by Vaccar, which boasts both serious cosmetic and performance enhancements to transform the SUV into a snappy dresser with athleticism to suit. Plenty of the performance parts included have been designed and built by Vaccar itself, including a prototype “true-dual” exhaust system and twin-tube intake kit. The company used Flowmaster mufflers and stainless piping to finish off the exhaust system, and then fitted its Ford Edge Sport with a prototype Vaccar air suspension conversion kit and rear strut bar. The former is comprised of parts from Air Lift Performance.

Stylistically, the story gets even better; the folks at Vaccar have chosen a sharp, two-tone paint scheme with matte metallic silver adorning most of the body, and a slick, brushed-metal effect on the hood and roof. Bright orange accents segregate the two tones, and that loud, violent shade is repeated by the wheels, side mirrors, and portions of the grille.

The Vaccar-built 2016 Ford Edge Sport SEMA concept will be debuting alongside similar builds from Tjin Edition and Webasto this November. Until then, stay tuned for the latest SEMA news from Ford Motor Company as it breaks.