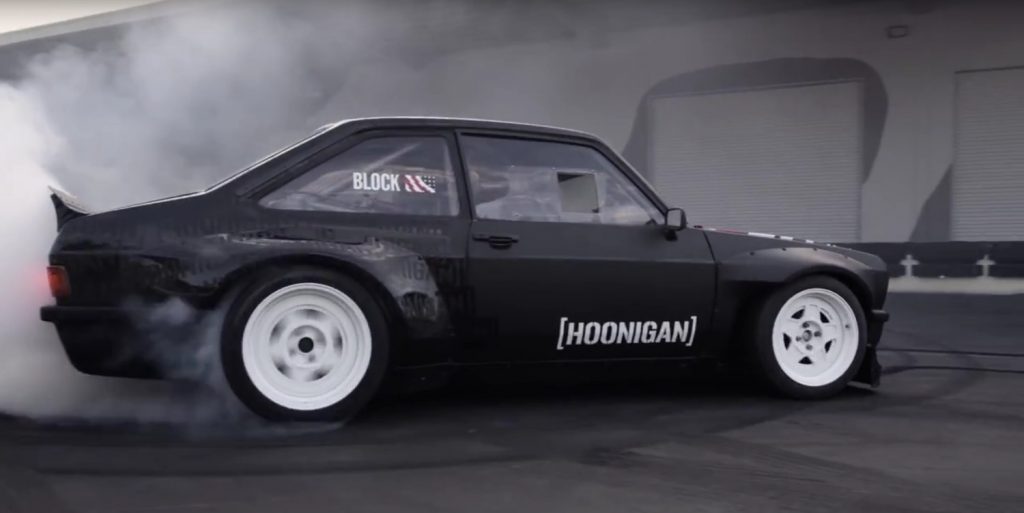 If you’re jonesing for another instalment of Ken Block’s popular Gymkhana video series, the wait is almost over; an eighth episode is imminent. And interestingly, we’ve just learned that Mr. Block’s car for this video will feature a rear-wheel drive layout – a first for the series.

The Hoonigan’s newest car is none other than a 1978 Ford Escort Mk II, although it’s obviously been built for the intense demands of Gymkhana duty. Unlike more recent iterations of the Escort, the first two generations of the car steered clear of the US and Canadian markets, and featured a RWD – not FWD – layout. The European Ford Escort marks I and II were also rather successful in the world of rally racing.

The video above from the Hoonigan team shows Ken Block breaking in the tires on his new Gymkhana machine, and frankly, we really can’t wait to see the small European coupe in action. According to Car and Driver, Block has owned this 1978 Ford Escort since 2008, and just recently made the call to have it sent to the UK’s Quick Motorsports for modification. The Millington four-banger lurking under the hood displaces 2.5 liters, and whips up a potent 333 horsepower. The car is also now riding on two-piece fifteen52 wheels, and Japanese company Rocket Bunny is responsible for those aggressive fender extensions.

Check out Block’s reborn ’78 Ford Escort in the video above.