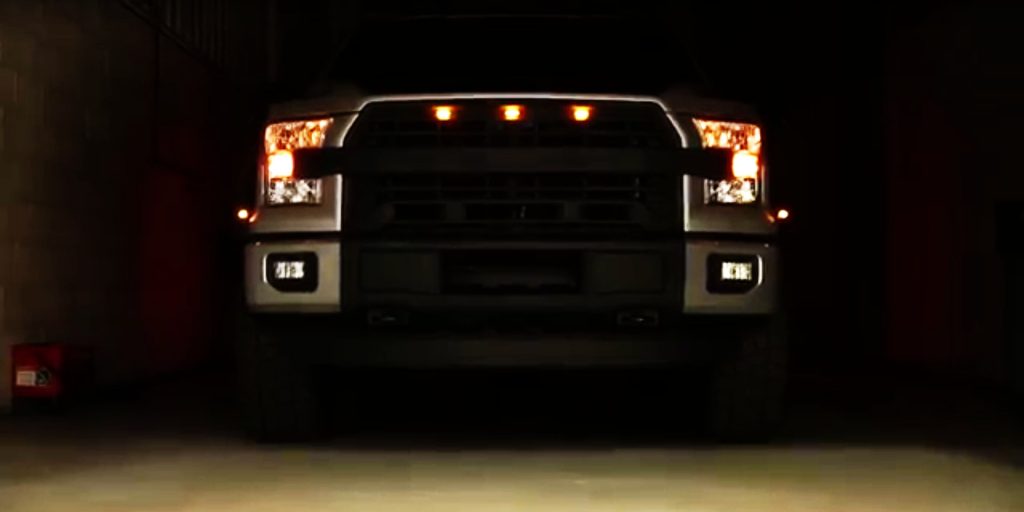 We’re here to bring you the good news: the folks at Roush Performance have put together a comprehensive package for the 2015 Ford F-150 that serves as a desirable alternative to the aforementioned. A video tour of the light duty pickup from Roush Performance can be seen above.

First, there’s the appearance. Roush Performance has fitted their 2015 Ford F-150 with some aggressive matte black touches like extended fender flares, Mickey Thompson wheels and knobby tires, bumper cover, grille with prominent “Roush” lettering across the front, etc. The front bumper cover has a functional air dam for the Roush Performance F-150’s supercharger, as well, positioned to take in cool air from a high-pressure area of the truck, and force it through a low-temperature radiator.

A handful of other, aggressive-looking details join these custom touches, but of course, more notable is the truck’s performance enhancements. Roush Performance has upgraded the suspension with components from Fox Racing, adding 2 inches of lift in the front. A special Roush Performance exhaust system hangs off the rear, and the company’s own 2300 supercharger force-feeds the 5.0-liter engine. The video doesn’t get around to mentioning the truck’s total output, but notably, the package costs a mere $10,600 over the base price of the truck.