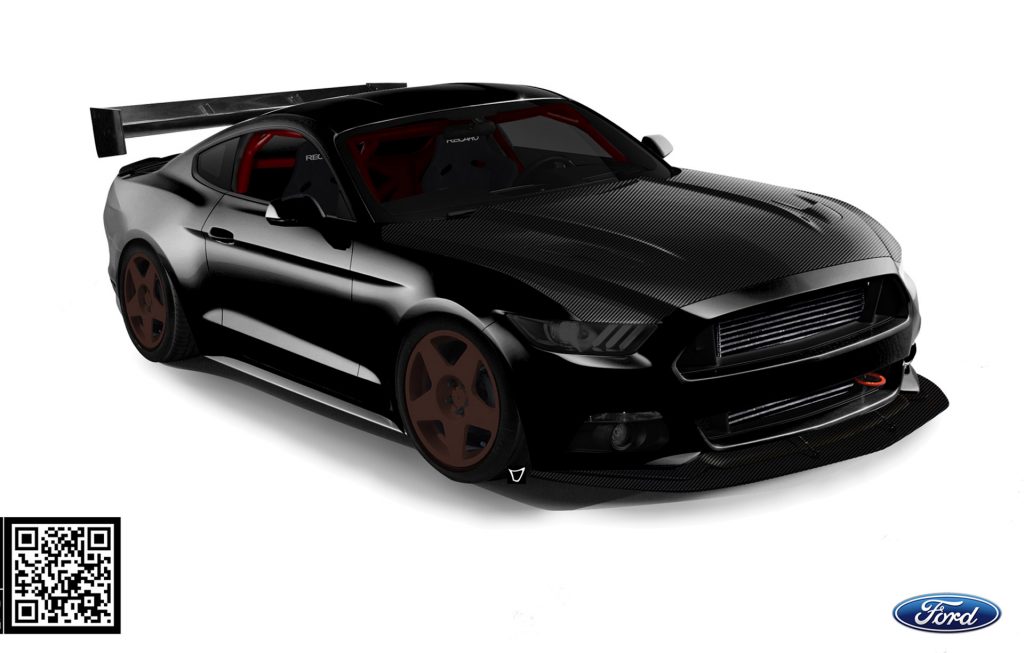 Ever since Ford first announced the turbocharged, 2.3-liter EcoBoost-equipped version of the new Ford Mustang, we’ve been enthusiastically onboard.

No, a four-cylinder engine isn’t necessarily the most logical choice of powerplant for a tried-and-true American muscle car, but when it comes to aftermarket tuning options, forced-induction tends to open up plenty more avenues for exploration than might be available with a normally-aspirated mill.

Granted, the car required quite a bit of work to achieve such a staggering figure. Motor Authority reports that the engine internals had to be beefed-up (go figure), with Bisimoto selecting Arias Pistons as their supplier-of-choice. The turbocharger isn’t factory stock, either; instead, Bisimoto has equipped their 2015 Ford Mustang with a unit from Turbonetics. The car’s increased fuelling and engine management demands are met by Five O Motorsport fuel injectors and an Infinity 6 ECU, respectively.

As for the chassis, appearance, and rolling stock, Bisimoto fitted this devilish little pony with a KW lowering suspension kit, an AirDesign body kit, and 19-inch wheels from Fifteen52.

Needless to say, we look forward to seeing Bisimoto’s positively inspired 2015 Ford Mustang EcoBoost in-the-flesh at the SEMA show next month. Stay tuned for our comprehensive coverage from that event.