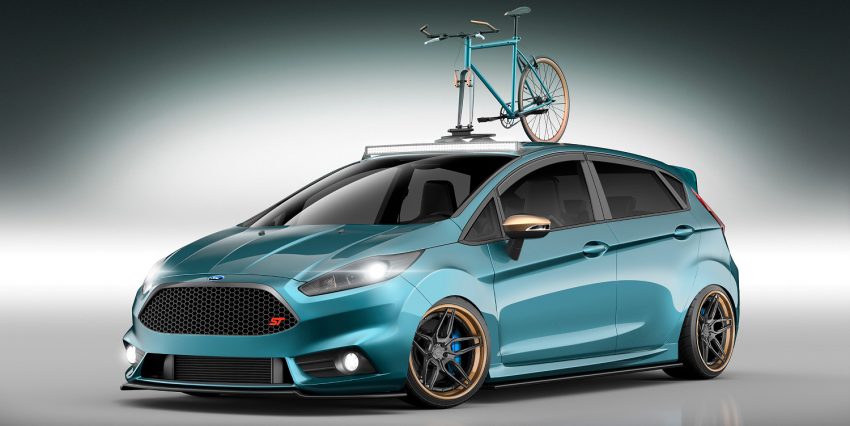 We’re not exactly sure why a video production troupe from Miami, Florida decided to set down their DSLR cameras in order to take up wrenches, nor whether we’ve seen too many concept cars rendered with such a flush, stretched look before.

Yet here we are, and above is a rendering of the sort of 2015 Ford Fiesta ST that a group of video producers might make if video-makers produced cars. Cinemotive Media put together this Ford Fiesta ST concept for next month’s SEMA show in Las Vegas, fitting the engine with a slew of performance modifications from Cobb Tuning: an intercooler, cold air intake, Accessport V3 tune, downpipe, turbo-back exhaust kit, and a smart blow-off valve, to name a few. The chassis has been upgraded to suit, with a BC Racing coilover suspension, and Baer brakes at all four corners.

The Cinemotive Media 2015 Ford Fiesta ST concept will bow alongside hot-hatches by Cobb Tuning, DSPORT, Rally Innovations, and others at next month’s SEMA show in Las Vegas. Check back with Ford Authority for the latest as it happens.