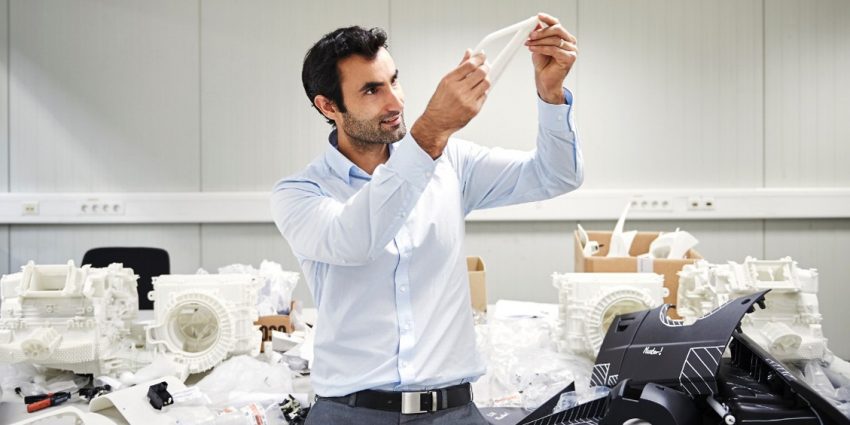 One of the hottest news items from this year’s Detroit Auto Show was the introduction of the 2017 Ford GT, which revives a legendary nameplate born in the world of endurance racing, in the 1960s.

Yet despite the long history of the name, the 2017 Ford GT is through-and-through a car of the 21st century. For instance, it might interest you to know that the forthcoming Ford supercar made extensive use of 3D-printed parts during its development, in the form of prototype pieces drafted by Ford’s “Rapid Prototype” team in Cologne, Germany.

Says Ford Rapid Technology Supervisor Sandro Piroddi: “3D computer printing technology has totally changed the way we design and develop new vehicles. We can be more creative in trying to find potential solutions, and for the customer this means that our cars are better able to incorporate the latest thinking in design and technology.” Where before the advent of 3D-printing technology, forming prototype parts for testing and evaluation might have required hundreds of man hours and plenty of cash, Ford can now print them in just a few hours, at a total cost of as little as €1,000 apiece.

The F1-style steering wheel for the 2017 Ford GT was created using 3D-printing, as were some structural components for the supercar’s upward-swinging doors, says the automaker. Not that this is the first time Ford Motor Company has benefited from the technology; the Mustang and Focus RS also utilized 3D-printed parts during their respective development periods, and Ford purchased the third 3D-printer ever built, back in 1988.