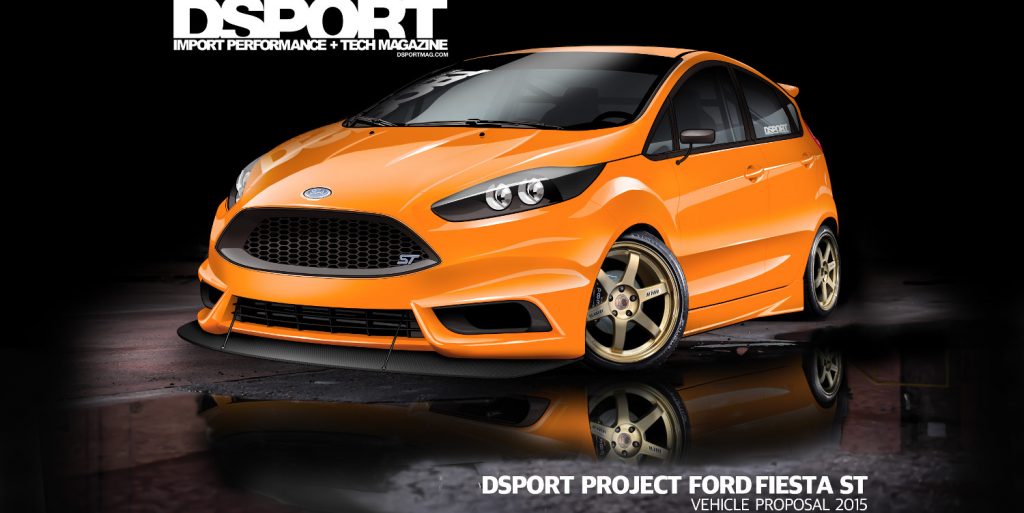 Next time you watch the Pirelli World Challenge, you might see this 2015 Ford Fiesta ST or one just like it lining up on the grid.

It’s the handiwork of a firm named “DSPORT,” who’ve taken Ford’s pint-sized hot-hatch and turned everything up to eleven in the pursuit of power and performance. DSPORT’s Ford Fiesta ST race car will be limited to 300 horsepower, per PWC Touring Car class rules, but in its SEMA-guise, this hyper pocket rocket is capable of putting out north of 400 horsepower.

To manage this, DSPORT has fitted their Ford Fiesta ST with a list of powertrain modifications roughly as long as an adult man’s leg. That includes parts from Full-Race Motorsports like an SS Turbo manifold, exhaust, intercooler, and aluminum piping, as well as an oil cooler, catch can, and radiator hoses from Mishimoto. The turbocharger has been upgraded to a BorgWarner unit, and it boasts higher-flow injectors from RC Engineering. Finally, the pistons and rods have been upgraded with units from CP-Carrillo, and a new engine tune provided via Cobb Tuning‘s Accessport V3.

The 2015 Ford Fiest ST from DSPORT is ready to make a public appearance at next month’s SEMA aftermarket show in Las Vegas. Stay tuned to Ford Authority for the latest SEMA news as it unfolds.