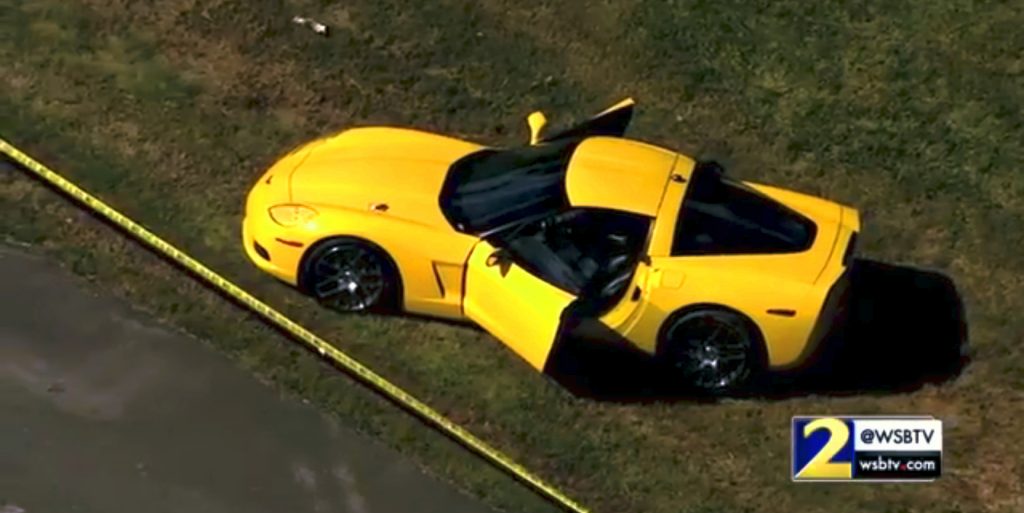 Following up on a story which we reported earlier in the month, the shooting suspect from an extreme case of road rage in Georgia has been identified and charged, according to local news affiliate WSB-TV.

The accused – one Jose Dionicio Ovalles – was reportedly driving along Highway 78 in a black Ford Mustang, following closely behind victim Angelina Christiano and her yellow, sixth-generation Chevrolet Corvette. As WSB-TV reports, when Ms. Christiano gestured to Mr. Ovalles to go around her vehicle, the suspect instead pulled up next to the victim, produced a gun, and opened fire. Christiano suffered a gunshot wound in the upper back, and remains in the hospital for treatment.

The driver of the black Mustang was identified by witnesses after being apprehended on unrelated charges of auto theft. Prior to the incident, police say, Ovalles already had a rap sheet which included recent charges of trespassing, and being in possession of a gun and knife during the commission of a crime. He’s now being charged with two counts of aggravated assault, and possession of a firearm by a convicted felon.

“We’re all much safer now, because he’s in custody,” said Police Captain Paul Braun of the Ford Mustang driver. He also cautioned that road rage incidents are on the rise, and urged motorists to “try not use any type of hand gestures… even though you may be waving, someone else may interpret that differently.”