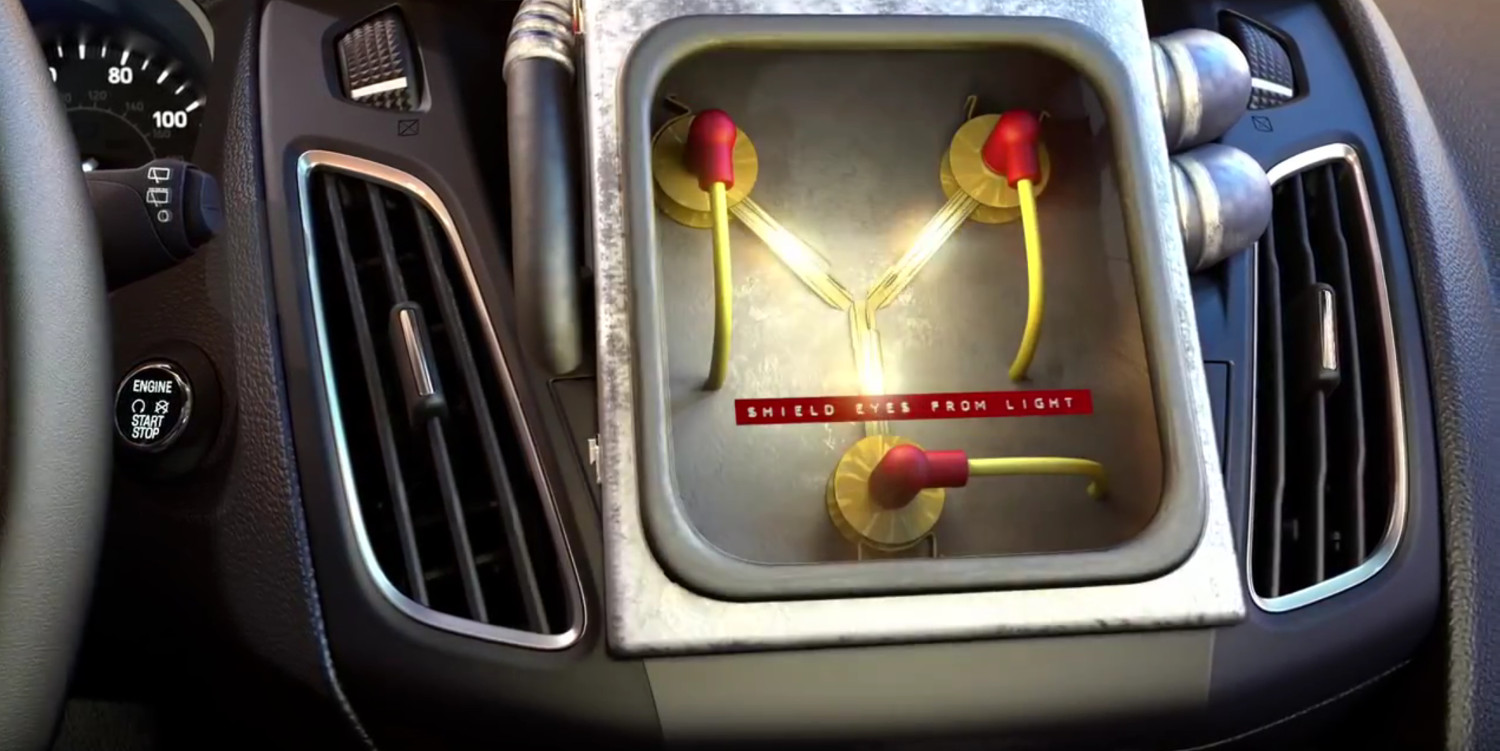 October 21st, 2015 marks an important date for cinephiles; namely, it is the date on which character Marty McFly arrives in the “future” in the second movie of the Back to the Future film franchise. Ford Motor Company is doing its part to commemorate the date, having put out this humorous joke ad for a “Flux Capacitor” option, available on new Ford models starting on the 21st.

The “Flux Capacitor” is the fictitious device developed by character Doc Brown, used by Marty to travel through time in a DeLorean DMC-12. It ran on plutonium, which might make powering the unit a tad difficult for those of us without morally-bankrupt black market connections.

Ford says in the ad that the driver need only enter the desired historical or future date and time into the Flux Capacitor, and accelerate up to 88 miles per hour – the speed at which the device activated in the film franchise. Although it might well be a turn-off to environmentalists everywhere, the Flux Capacitor consumes an astonishing 1.21 Gigawatts of power each time it is operated.

Good thing Ford has been earning all those eco-friendly brownie points.