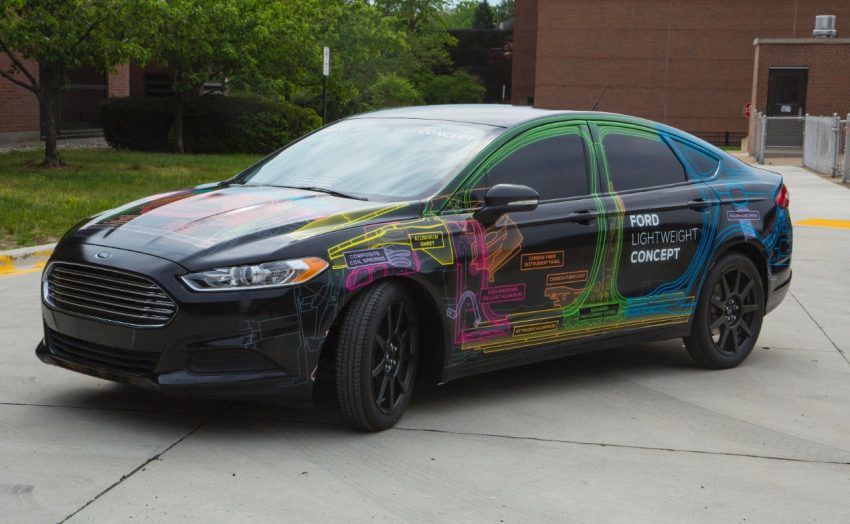 Iron, aluminum, steel, plastic; most of us could easily pick each out of a lineup by appearance and feel alone.

But materials science is hardly ever about such superficial qualities; rather, a given material’s true merits and weaknesses only become apparent at the molecular level. Ford Motor Company knows this perhaps better than anyone.

Fortune Magazine recently put out an article praising Ford’s efforts in the area of materials science, and the automaker’s accomplishments are indeed impressive. Constructing the new, 2015 Ford F-150 out of aluminum instead of steel may have seemed like a simple, logical move, but it’s worth noting that the F-150 is also the first mass-produced vehicle to take advantage of a certain type of aluminum called “Micromill.” It’s produced by company Alcoa, and is thinner, stronger, and 40 percent more malleable than the typical automotive aluminum, says Fortune.

Not being engineers, we’ll chalk that up to witchcraft.

And then, there’s a mixed-material concept vehicle built by Ford along with supplier Magna International, with support from the US Department of Energy. Fortune says that this concept, based on the Ford Fusion, weighs 23.5 percent less than a comparable production car and still meets federal crash and safety regulations, all thanks to materials science. Using everything from steel, to aluminum, to magnesium, to various composites and plastics, each component was redesigned and reformed to strike an ideal balance between strength and weight.

Of course, materials science isn’t anything new to the Ford Motor Company; back in 1941, Henry Ford himself introduced the Soybean Car, which made extensive use of a soy-derived plastic. Although the vehicle was never produced – the unfortunate victim of a mix of poor timing and unsavory crash test performance – it set a bold path of materials experimentation for Ford’s company to continue to follow well into the future.

Ford Is Treading Carefully With Regard To Autonomous Tech