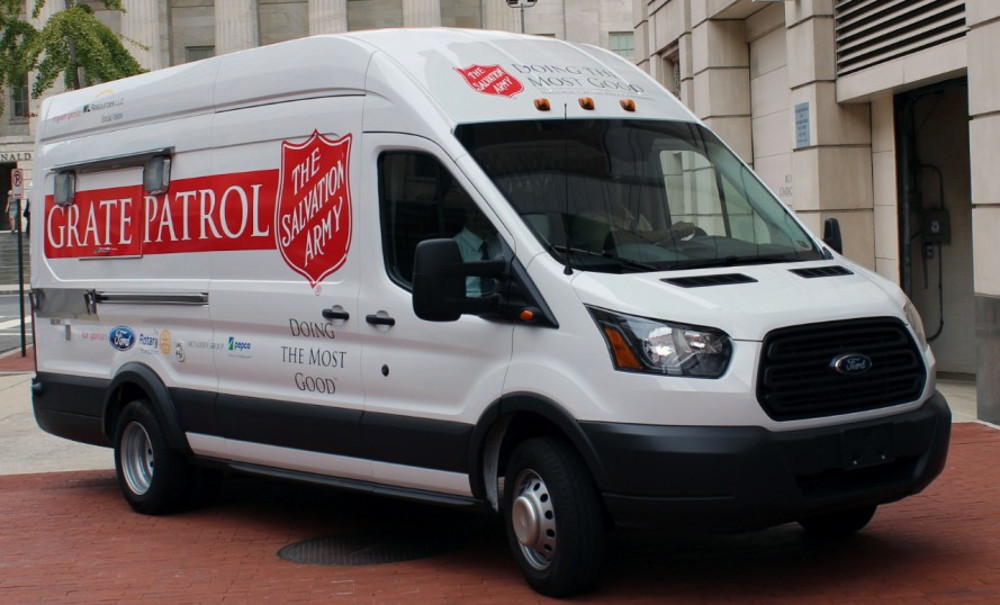 Ford Motor Company has just made a generous donation to the Washington, D.C. area Salvation Army, in the form of a specially-configured Ford Transit commercial van. The van will participate in the Salvation Army’s “Grate Patrol” program, which prowls the D.C. area distributing nutritious meals to those in need – especially the homeless.

Ford Motor Company even sent volunteers from the automaker to help deliver meals during the new Transit’s first night of service.

“The Salvation Army is grateful to Ford Motor Company for its generous donation to our Grate Patrol van campaign,” said Salvation Army Area Commander Major Lewis R. Reckline. “Ford’s gift – along with contributions from several other community members – will help us to continue serving the homeless for years to come.”