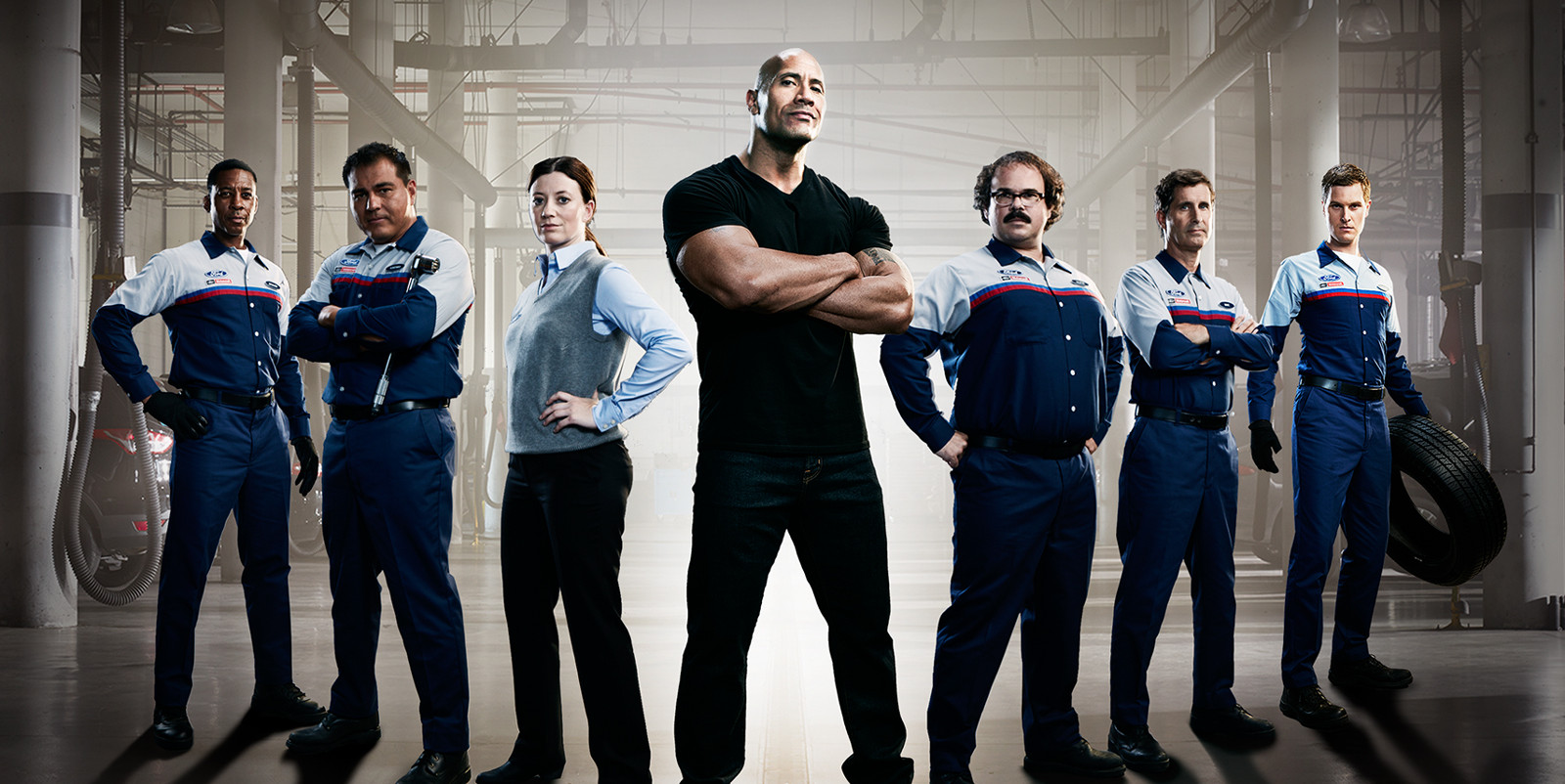 For both dealerships and automakers alike, servicing the vehicles they produce and sell is big business. That’s why, the next time you turn on the television, you might just happen to catch Dwayne “The Rock” Johnson in his latest acting role: the leader of an elite group of Ford service specialists.

Ford Motor Company has tapped Mr. Johnson to participate in a series of “Ford Specialists” ads meant to sell customers on the idea of dealership servicing, and the first spot from that campaign just aired on Wednesday. The Ford Specialists are a team of seven technicians with “all of the training, diagnostic tools and Motorcraft parts” to make dealership servicing “the right choice,” says the automaker.

When asked about his new role as the leader of the “Ford Specialists,” Dwayne Johnson replied: “I couldn’t be more excited to be in partnership with Ford as their spokesman for service. My relationship with Ford began when I was 15 and bought a classic ’77 blue Thunderbird as my first car – and I’ve been a Ford man ever since. Representing their service department and the Ford individuals who are committed to taking care of their customers echoes one of my core enterprise beliefs, ‘Always take care of your audience,’ and whether it’s in a movie theater or behind the wheel, taking care of people is what matters most.”

The Ford Specialists campaign represents a multi-year deal, with television spots soon to be followed by radio, digital, and social networking ads. In other words, we can look forward to seeing The Rock cook up some more pro-level Ford vehicle maintenance real soon.