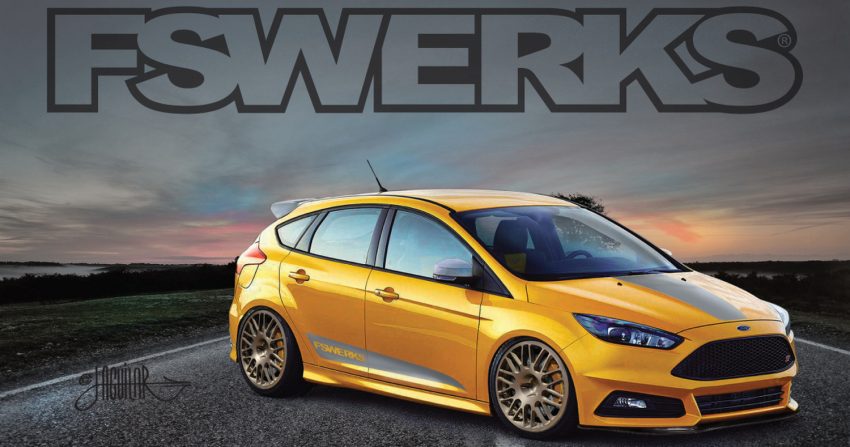 Following in the same visually-understated, enhanced-performance path of the Cobb Tuning Ford Focus ST SEMA concept, FSWERKS didn’t imbue their hot-hatch with all too many cosmetic enhancements. New sideskirts and a different front splitter are essentially the only real, visible changes, apart from the matte gray FSWERKS graphics.

Instead of putting so much into giving the 2015 Ford Focus ST a flashy new exterior, the folks at FSWERKS tended to the car’s power and handling. The engine is fitted with FSWERKS’ own Cool-Flo intake, intercooler, and 3-inch stainless turbo-back exhaust kit. FSWERKS and Cobb Tuning both contributed to the custom ECU programming.

The FSWERKS 2015 Ford Focus ST concept will be appearing at the SEMA show next month, alongside a handful of other modified hot-hatches. Check back with Ford Authority for the latest as it develops.