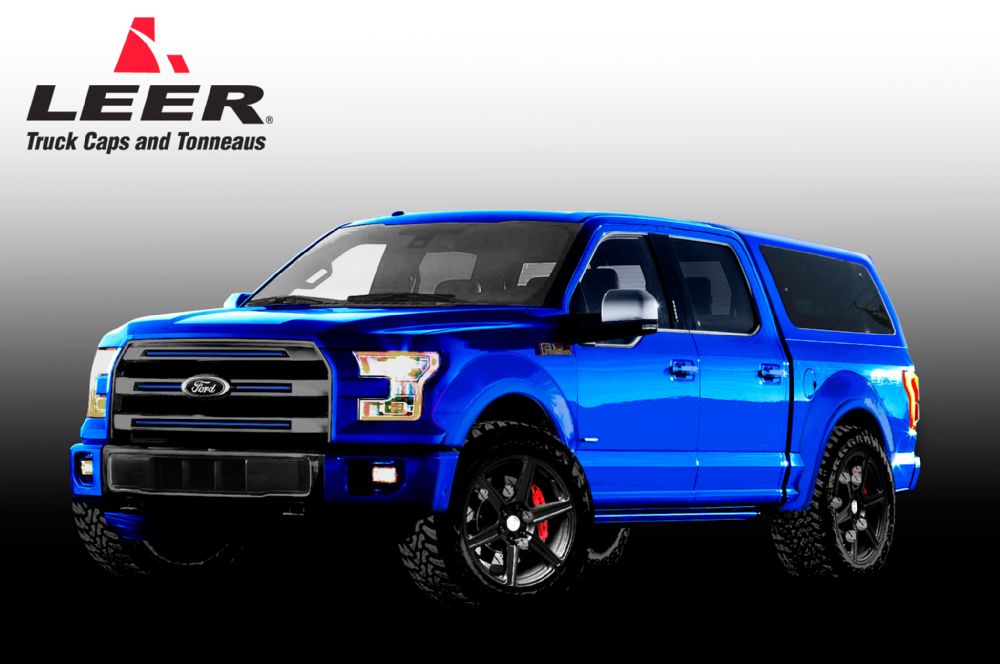 It goes without saying that at next month’s SEMA aftermarket show in Las Vegas, we ought to see a slew of custom, performance-oriented concepts built from the aluminum-bodied 2015 Ford F-150, along with plenty of other models from the Blue Oval.

But performance isn’t everything, and the folks at Leer have taken an approach to modifying the 2015 Ford F-150 less centered on performance, and more focused on creating a welcoming environment in the cabin.

Leer’s 2015 Ford F-150 SEMA concept boasts unique leather upholstery throughout the interior, along with inviting, carpeted floor mats, and a 1,000-Watt Rockford Fosgate sound system. According to Automobile Magazine, the concept also incorporates a handful of functional accessories, like a 6-inch suspension lift kit and offroad wheels and tires. Topping it all off, of course, is a Leer-brand bed cap with LED lighting.

Leer’s custom 2015 Ford F-150 light duty pickup concept for SEMA may not boast a long list of engine and chassis performance upgrades like those employed in other SEMA concepts, but for those of us who live on this planet, for whom a luxurious interior and kickin’ sound system mean everything, it makes a whole lot of sense.

For more SEMA news as it develops, be sure to stay tuned right here to Ford Authority.

2015 Ford F-150 Gets Supercharged By Forgiato For SEMA