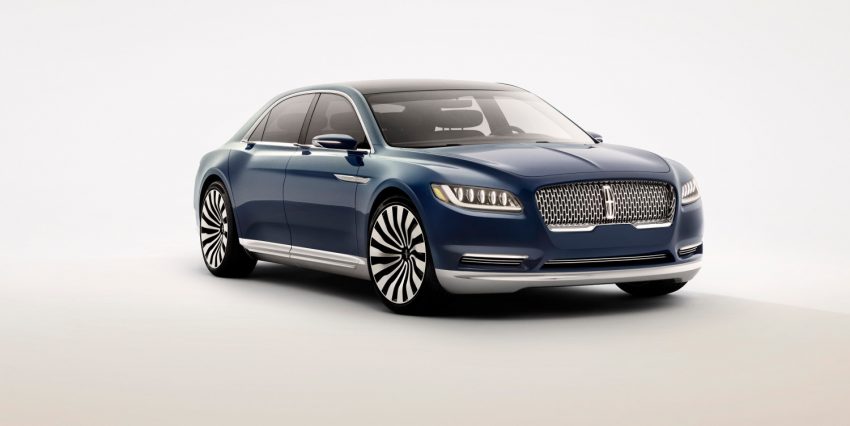 When the 2016 Lincoln Continental concept was first shown at the 2015 New York Auto Show, the revival of said nameplate had plenty speculating that the Lincoln luxury division of Ford Motor Company might be inching away from its current “MK-” naming scheme, one model at a time. This seemed especially likely given that the Lincoln MKS is being discontinued to make way for the new Continental.

But that appears not to be the case. According to Lincoln Marketing Manager Imran Jalal, “for now the MK nomenclature is here to stay,” with the Navigator, and now the Continental, being two notable exceptions (source: Car and Driver).

The Lincoln “MK-” nomenclature began with the renaming of the Zephyr for the 2007 model year, and has since expanded to include the MKX (X=crossover), MKS (S=sedan), MKT full-size crossover (T=touring), and MKC compact crossover (C=compact). While the usage of alphanumerics in naming automobiles has become commonplace in recent years, many feel lukewarm or negatively about Lincoln Motor Company’s particular naming rules.

‘Lincoln MK’ Nomenclature Is Not Going Anywhere By 2020