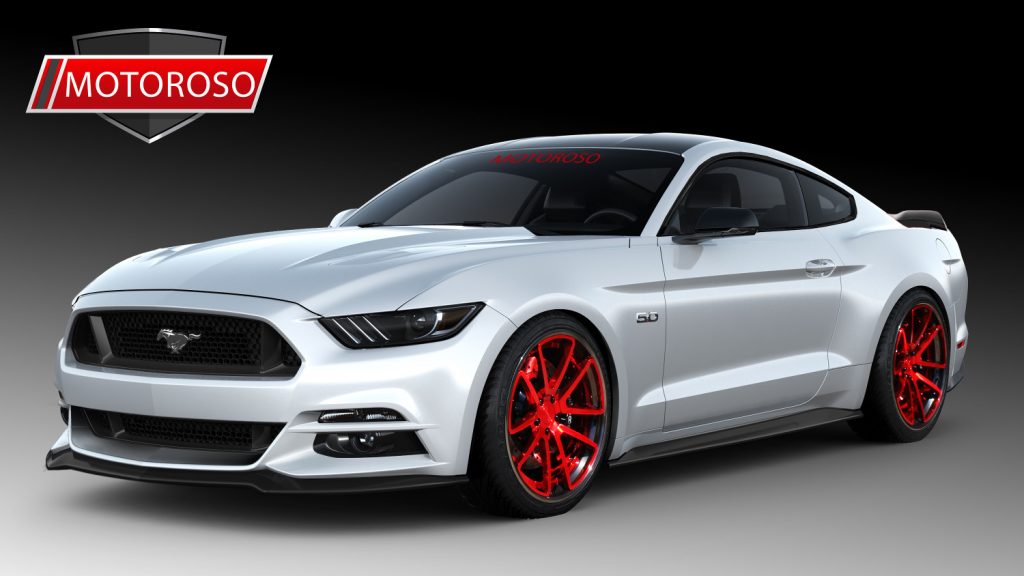 More rather, Motoroso isn’t a tuning house at all. Instead, it’s an online meeting place for enthusiastic tuners and horsepower-seekers to connect, learn, and shop. But that hasn’t prevented the folks of that site from building a custom 2015 Ford Mustang GT concept for this year’s SEMA show in Los Vegas.

For starters, the Mustang GT built by Motoroso boasts an impressive 727 horsepower, thanks to a Roush Performance Stage 2 supercharger system. Roush also provided the 5.0-liter Coyote’s timing covers, and the motor expels its exhaust gasses through a set of dual 3-inch stainless pipes from Gibson. That high-reaching motor is coupled with a chassis aided by Eibach springs, and big Wilwood brake calipers with two-piece rotors.

But possibly the most interesting addition to Motoroso‘s 2015 Ford Mustang GT is the fitment of three Apple iPads – two iPad Airs, and one iPad Mini – to the trunk lid of the car. At the SEMA show, visitors will be able to learn about the Motoroso car through a custom app running on those tablets.

The SEMA (Specialty Equipment Market Association) show will be held from November 3rd through the 7th. Check back with us then for up-to-date coverage from the show.

Bojix Design Gussies Up A 2015 Ford Mustang EcoBoost For SEMA