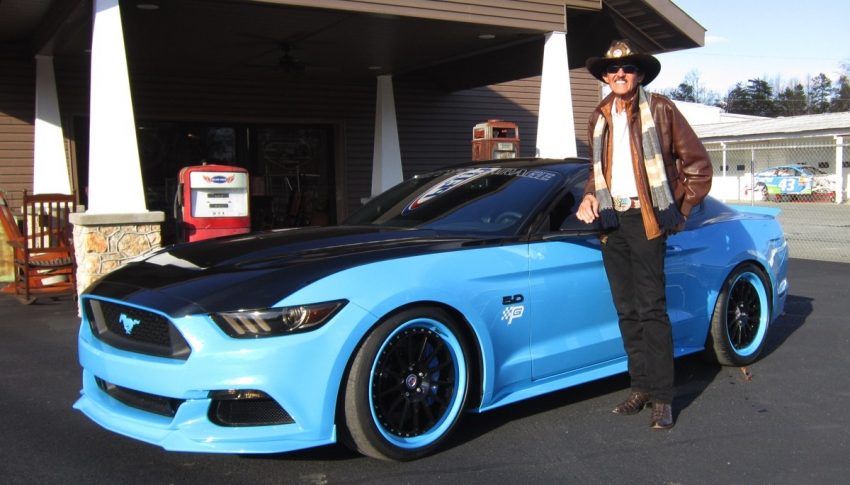 Former NASCAR driver Richard “The King” Petty remains plenty active in the world of high-performance automobiles through his tuning house, Petty’s Garage. Since 2008, the shop has produced high-powered, high-quality performance machines to rival anything from the likes of Hennessey, Roush, and others.

For 2016, Petty’s Garage has just announced that they will continue to build and sell a limited run of special, high-performance Ford Mustang GTs, dubbed the “King Edition.”

When the 2015 Ford Mustang rolled out, the folks at Petty’s Garage wasted no time getting their hands on some 143 V8-equipped GT models, and working their magic. A Ford Performance supercharger was added, boosting power output to 627 horsepower. With that first model year for the new, sixth-generation Mustang proving a successful one, Petty’s Garage has set their sights on the 2016 model, promising a stunning 670 HP in the Mustang “King” GT, plus an option to further fortify that figure up to 727.

Petty’s Garage has planned a run of 300 2016 Ford Mustang GT “King Editions,” comprised of 243 regular Mustang “Kings,” and 57 “King Premiers.” That’s a new performance level not previously offered, and of the 57 total being built, 43 will be fastback coupes, and 14 will be convertibles.

The new Mustang “King” GT from Petty’s Garage is set to officially debut at the SEMA show next month, with pricing announced at $67,495 for the regular “King,” and $90,495 for the “King Premier.”