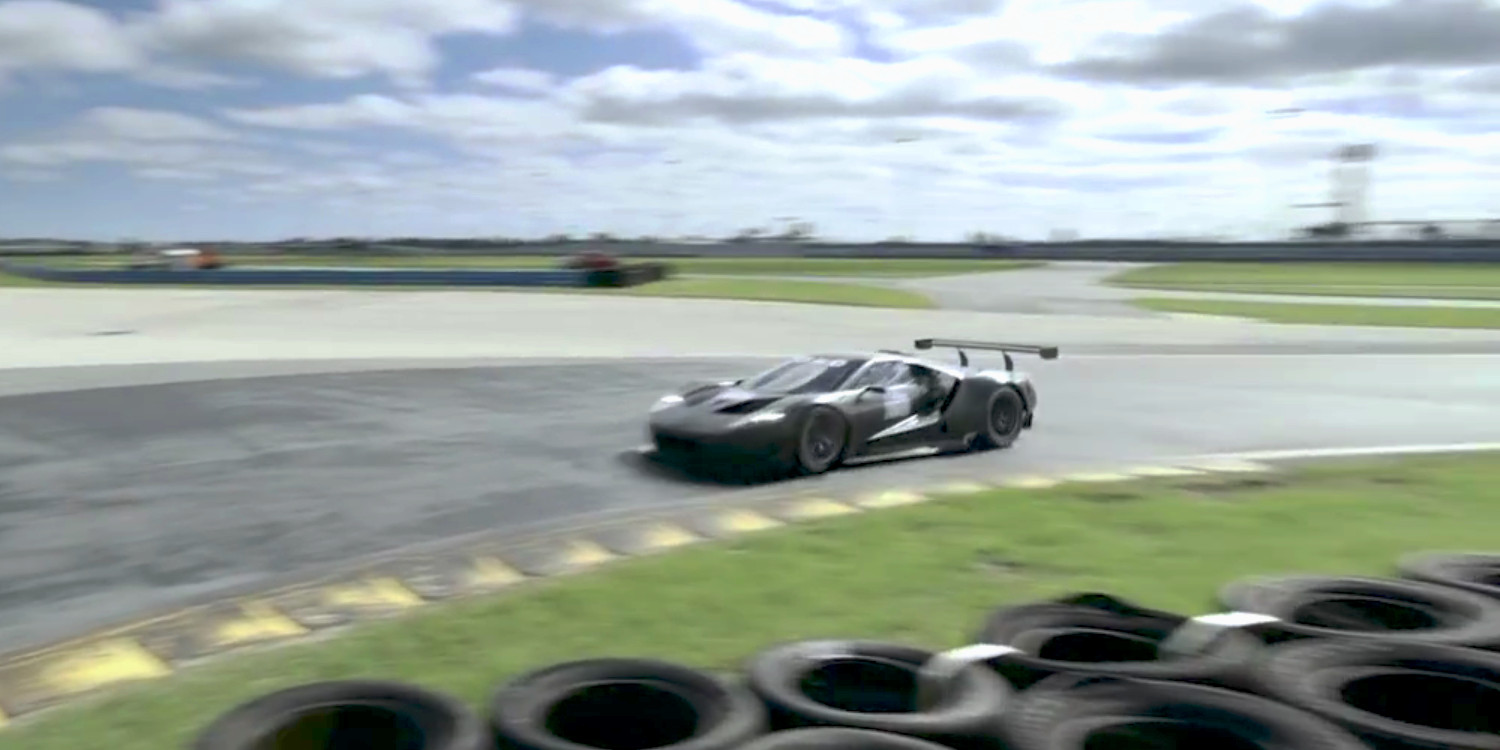 Much of the motor-loving world was sent into a frenzy after this year’s 24 Hours of Le Mans, where Ford announced its plans to build and race an homologated version of the forthcoming Ford GT hypercar. It was the perfect time, and the perfect venue; the 1966 Le Mans victory of the original GT40 Mk. II remains one of the most significant overall wins in racing history.

Needless to say, there is a great deal of sentiment wrapped up in this future Ford GT race car, as it represents the hope that the only American automaker ever to win the 24 Hours of Le Mans could relive its former glory – at least, to some extent. The automaker is well aware of this fact, and is catering to Ford Racing fans everywhere by periodically releasing videos of the new Ford GT race car as it readies to enter the 2016 FIA WEC season.

The video above shows the Ford GT homologation testing around the curves of Daytona International Speedway for the first time, unspoiled by any music apart from that which emanates from the exhaust outlets. And sure, this race car may not be powered by a V8 like we’ve come to expect from the Ford GT lineage, but still; it’s one heck of a growl.