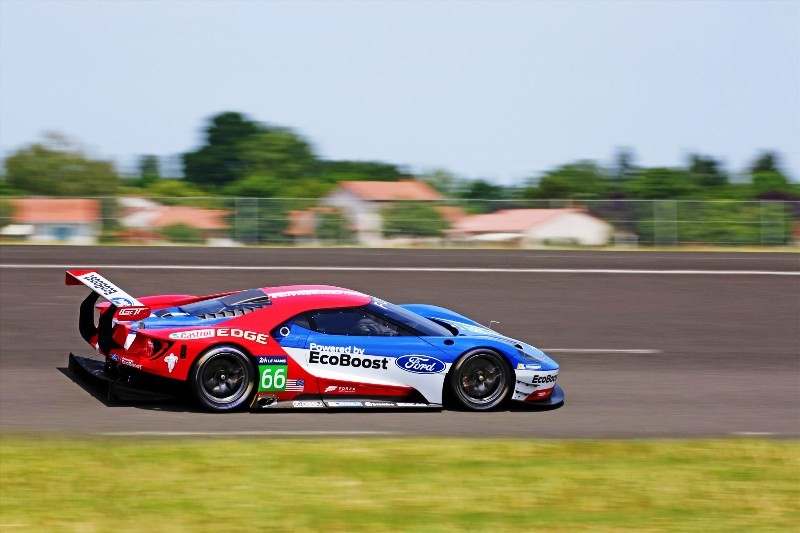 We know Chip Ganassi Racing will field two Ford GTs in the IMSA WeatherTech United Sportscar Championship next year and an additional two in the FIA World Endurance Championship, but we have yet to find out who will be behind the wheel of the two EcoBoost powered race cars. RACER’s Marshall Pruett has a few ideas as to who Ganassi could have in mind, and a few may surprise you.

Corvette Racing recently re-signed its entire full-time driver lineup for the 2016 IMSA season. That means endurance driver for the team Ryan Briscoe is without any commitments for next season, making a switch to CGR for the former IndyCar ace seem possible. Briscoe also has a history with CGR, having raced in IndyCar with the team in 2005, 2013, and 2014.

Current CGR driver Joey Hand is guaranteed a seat in the Ford GT next year, but his co-driver in the EcoBoost-Riley Daytona Prototype, Scott Pruett, may not join him due to his desire to win overall at next year’s 24 Hours of Daytona and not just in the GTLM class. Hand is so far the only confirmed driver of the GT, with BMW factory driver Dirk Mueller, Marino Franchitti and Marc Goosens among some of the rumored drivers.

The list of potential drivers grows once you consider who could be in line for the additional two endurance seats, required for the four Tequila Patron North American Endurance Cup rounds. Current IndyCar driver Sebastien Bourdais has been rumored to take one of the endurance sports, which makes sense as he’s won at Daytona, Sebring and Road Atlanta with Action Express Racing in that same role.

There’s plenty of talented drivers in the world that would love to race the radical Ford GT race car next year, but there’s only six seats in total. Which lucky pilot will get the drive? We’ll have to wait and see.