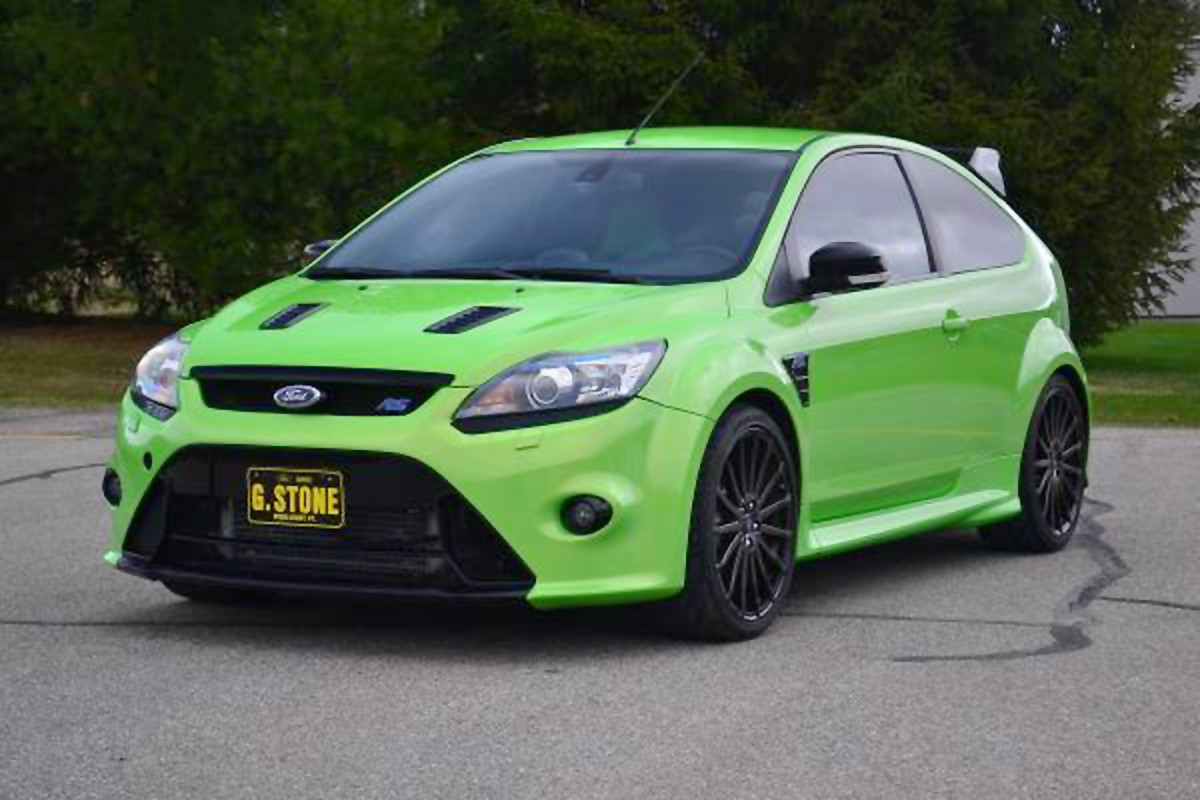 The first two generations of Ford Focus RS were never officially sold in the United States, making sourcing your own example of the over-achieving European hot-hatch an utterly impossible task.

And yet, here we are, and a 2010 Ford Focus RS has gone up for sale on Craigslist in the area of Middlebury, Vermont. This particular Mk. II Ford Focus RS is loaded with frivolities like leather Recaro seats, a reverse camera, and a Kenwood head unit with powered amp and subwoofer. Aftermarket performance mods include a Garrett GTX35 turbocharger, TiAL MVR external wastegate, upgraded fuel system, Helix 6-pad clutch, Stage 4 intercooler and radiator, and big boost pipes.

Of course, all of this comes at a price: $39,900. That figure would be absolutely fine were it not for the global 2016 Ford Focus RS soon to infiltrate showrooms the nation over. That car has AWD instead of FWD, and almost certainly offers up more power.

Now, ordinarily, we would stop writing there. Enough said, right? Except that back in April, we reported on our sister site Motrolix that a 2010 Ford Focus RS was headed for the auction block at a Barrett-Jackson event in Palm Beach, Florida. That example wore the same neon/mucous green shade, and also boasted a Garrett GTX35 turbocharger. And a TiAL MVR external wastegate. And an upgraded fuel system. And a Helix 6-pad clutch, Stage 4 intercooler and radiator, etc. etc.

Coincidence? We think not. It would seem that these two 2010 Ford Focus RS examples are one in the same; that whoever won that auction back in April of 2015 drove the car around 1,187 miles over the course of half a year, grew bored with it, and is now trying to sell it again.

As for whether that information is in any way significant, we’ll let you be the judge. Feel free to consider it nothing more than an interesting sidenote.