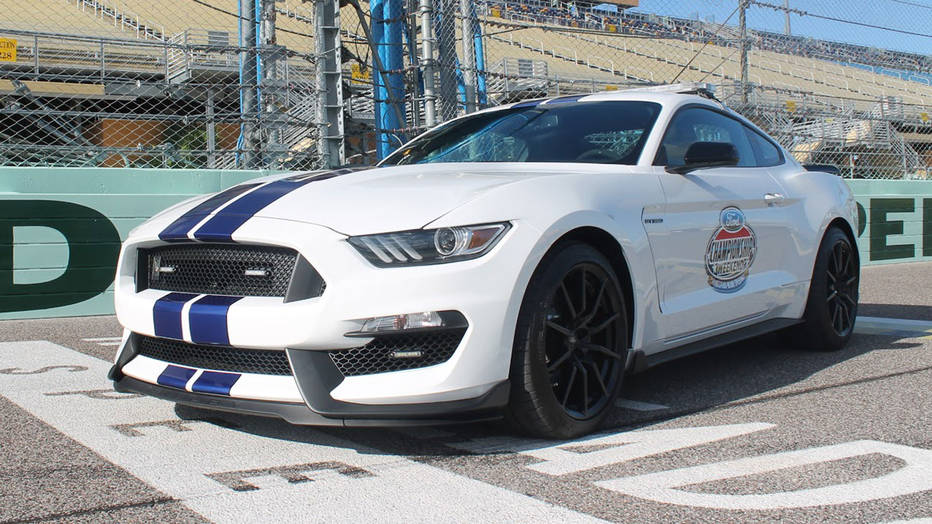 For the third consecutive year, Ford Motor Company will be providing the official pace car for the premier event of the Ford Championship Weekend: the Ford EcoBoost 400. In 2013, Ford furnished a Need For Speed Mustang; the next year, it was the 50th anniversary edition Ford Mustang GT.

Ford Motor Co. President of the Americas Joe Hinrichs will be at the wheel, according to Autoweek. The race takes place on Sunday, November 22nd, and will be the championship-deciding event. Said Hinrichs in a release: “The Shelby GT350 Mustang is the most track-capable Mustang ever, making it the perfect pace car for the Ford EcoBoost 400 during Ford Championship Weekend at Homestead-Miami Speedway. This is a great chance for the fans at Homestead, and millions more watching around the world, to see the new GT350 in action.

“Knowing this race will determine NASCAR’s 2015 champion makes it even more special.”