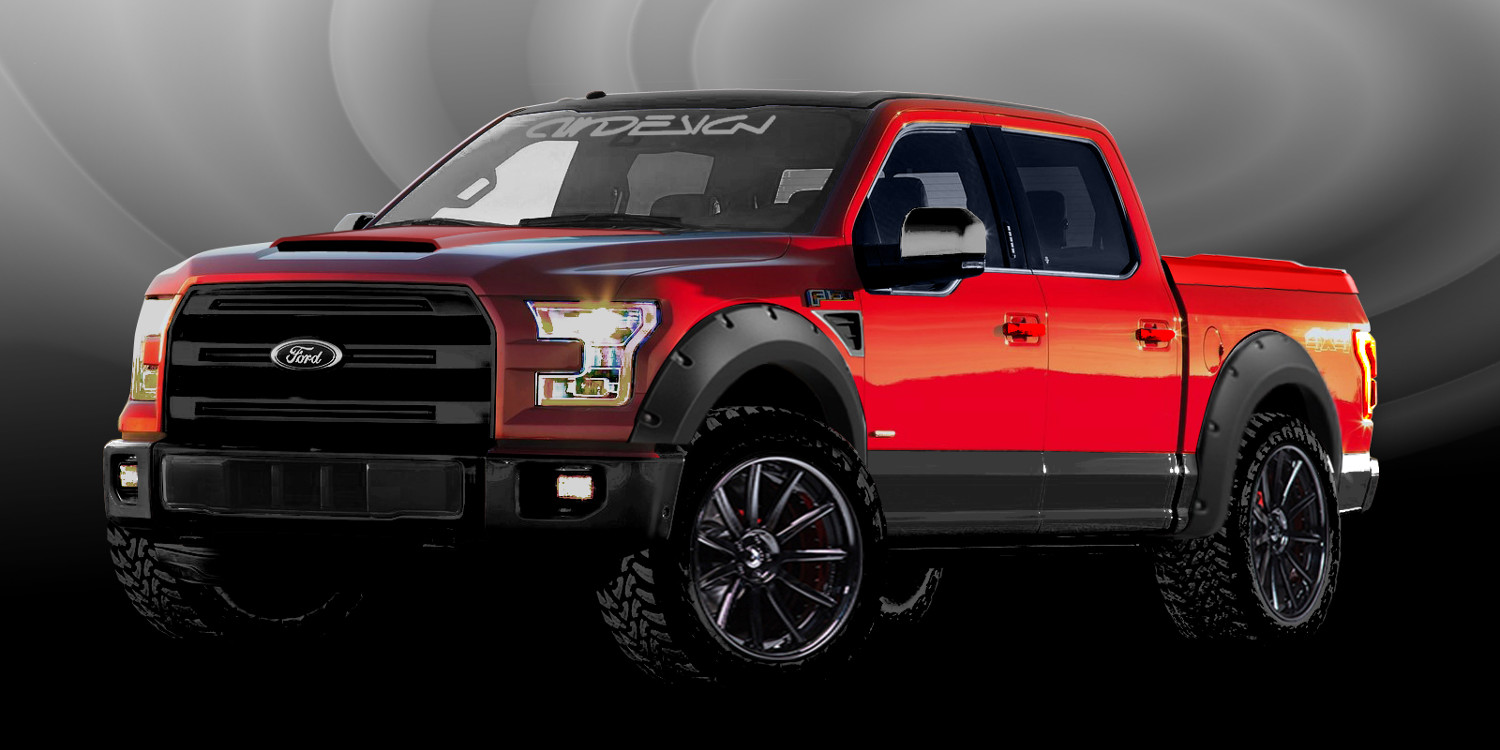 Last on our list of customized 2015 Ford F-150 concepts headed for the Specialty Equipment Market Association show in Las Vegas this month is this: a handsome, imposing example crafted by the folks at AirDesign USA.

AirDesign might well win the prize for creating the most overt change in appearance with the least number of moves; this 2015 Ford F-150 is mostly the product of a few simple trim pieces. The firm crafted the front bumper guard, hood scoop, fender vents, fender flares, door moldings, rear tailgate applique, rear spoiler, and floor-liners, each of which could easily be applied by the average owner, and each of which contributes to a more tough- and rugged-looking Ford F-150. About the only notable pieces for which AirDesign wasn’t responsible are the Pace-Edwards Bedlocker electric tonneau cover (not shown), and the 20-inch, 2-piece offroad wheels from Fuel.

As for performance, this 2015 Ford F-150 hasn’t been neglected in that regard, either. A stainless cat-back exhaust from Gibson lends the full-size truck some extra grunt, while the intercooler has been upgraded with a Vortech unit. A Bilstein Lifted Performance shock set raises the ride height, while the tires – also from Fuel – are 33-inch “Mud Gripper” models.

With just a few, simple alterations, this 2015 Ford F-150 from AirDesign USA is ready for whatever the trail has in store. You can check it out – alongside trucks from the likes of CGS Performance Parts, Leer, and Roush Performance – at the 2015 SEMA show this month.