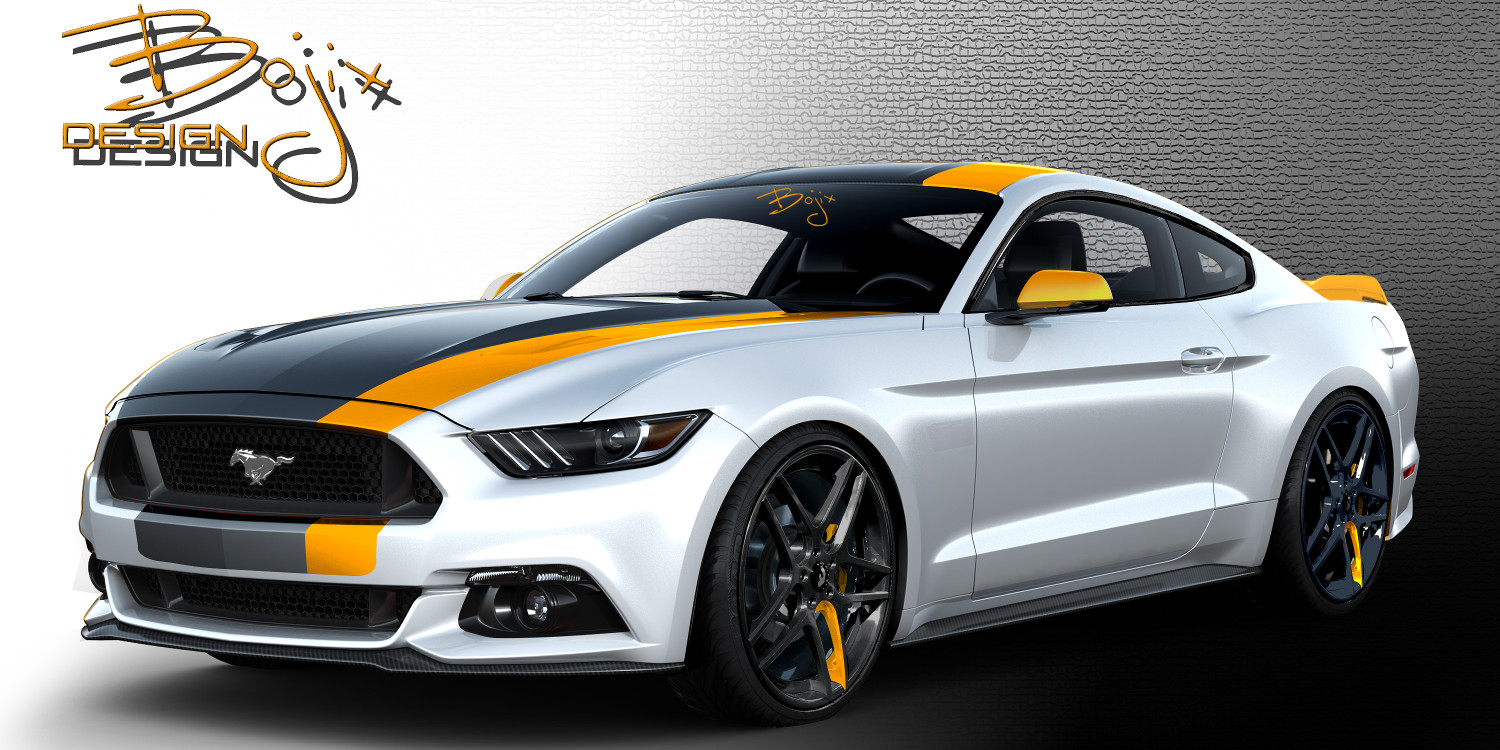 We’ve already seen myriad different customizations of the 2015 Ford Mustang headed for the coming SEMA aftermarket show in Las Vegas. Last on the list – though certainly not least – is this sharp-looking white, gray, and orange Ford Mustang EcoBoost model from Bojix Design.

This EcoBoost pony has been modified under the hood with an aftermarket intercooler, charge pipes, EFR turbo, downpipe, and air intake from Full-Race Motorsports. Also enhancing the Ford Mustang EcoBoost’s powerplant is an exhaust system, designed by Bojix, and made for that firm by MagnaFlow. The chassis has been upgraded to suit, featuring a Cortex coilover system and sway bar end links from the same. A 3.73 gear and differential bearing kit from Ford Performance have also been installed, along with Eibach sway bars, and Brembo brakes on all four corners.

But it’s in the appearance that this 2015 Ford Mustang EcoBoost from Bojix Design really thrives. The car rolls on 20-inch forged Rennen wheels with a single orange spoke. That spoke echoes the same custom-formulated “Borange” shade which adorns the pony car’s door mirrors and spoiler, and runs in a stripe along the driver’s side of the car. Custom upper and lower grille inserts, plus 4.5-inch carbon fiber exhaust tips, from Bojix Design add some more, subtle panache, while the 4-piece carbon front splitter, rocker extensions, rear valence, and rear spoiler have all been furnished by Carbon 2 Carbon.

The 2015 Ford Mustang EcoBoost by Bojix Design will bow alongside other unique pony cars from the likes of Mad Industries, CGS Performance Products, and others at the SEMA aftermarket show in Las Vegas. Stay tuned for more.