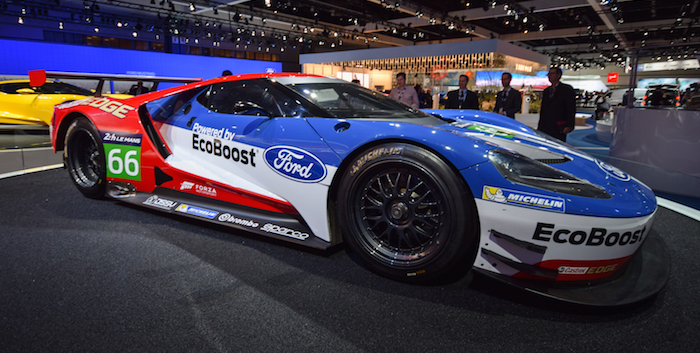 Chip Ganassi Racing and Ford will field the new Ford GT racecar in next year’s IMSA WeatherTech United SportsCar Championship and the FIA World Endurance Championship. We’ve already seen the car and heard all about it, however things have been quiet in regards to the driver lineup.

Thankfully, we’ll soon no longer have to speculate as to which drivers will be behind the wheel of the GT in 2016. Chip Ganassi Racing has confirmed it will announced its driver lineup for the IMSA series this Saturday at Miami-Homestead Speedway prior to the NASCAR Sprint Cup Series Championship finale race on Sunday, with the FIA drivers being announced at a later date.

According to Sportscar365, the driver lineup may include existing Chip Ganassi Racing driver Joey Hand along with Richard Westbrook, Ryan Briscoe, Billy Johnson, Dirk Mueller, Olivier Pla, Marino Franchitti and Sebastien Bourdais. The team will need four full-season drivers between the two-car effort in addition to two more drivers for endurance races such as the 12 Hours of Sebring and the 24 Hours of Daytona.