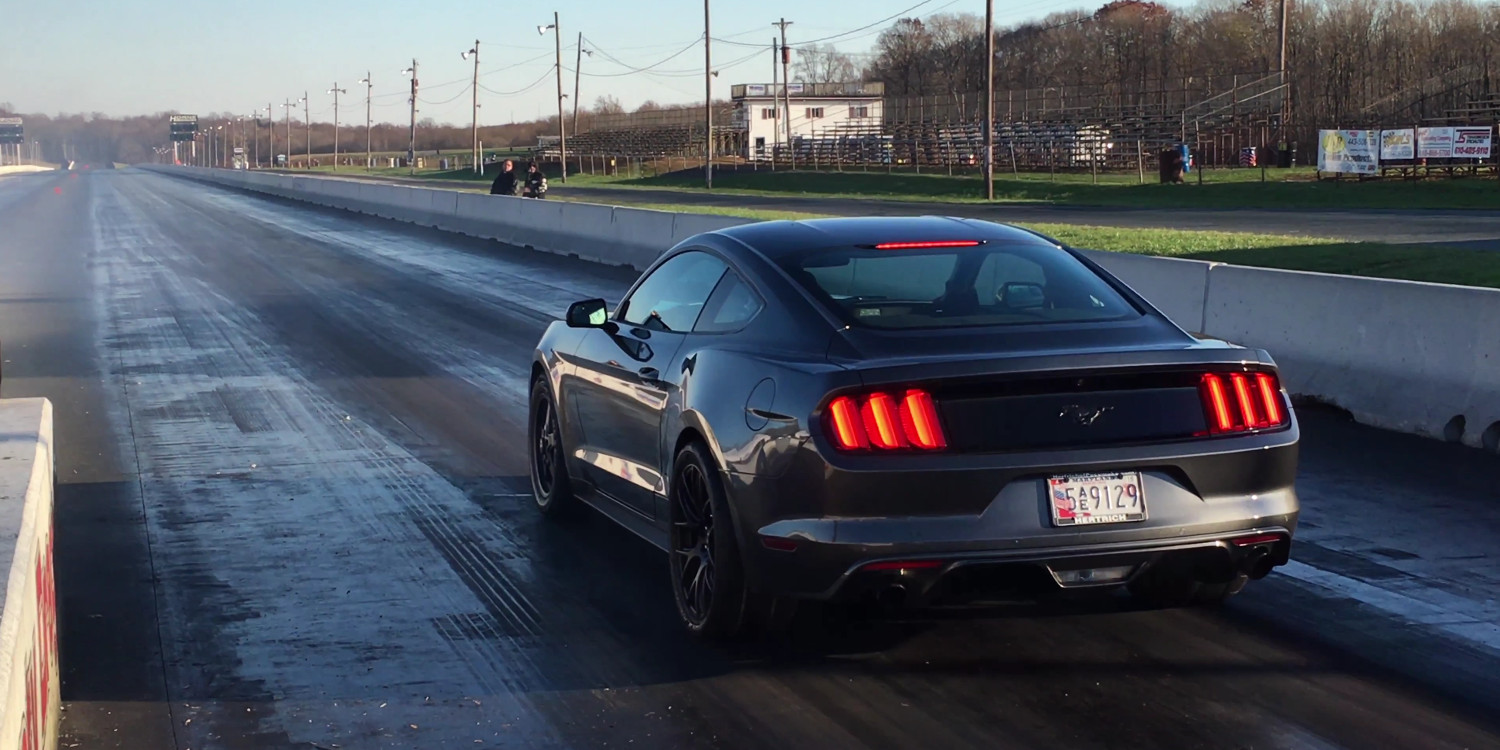 Watch the video above, and you’ll see what might just be the fastest stock motor/turbo Ford Mustang EcoBoost in existence today. Its record-breaking quarter-mile run: 11.678 seconds, at 116.9 mph.

Featured on the Cobb Tuning website, this lightly modified 2015 Mustang EcoBoost has received an Accessport V3 tune from Cobb partner Tune+, with fuel and ignition mapping made to utilize 93 octane fuel with Race Gas Additive. An upgraded intercooler, downpipe, and intake are the only powertrain modifications besides, and a set of 19-inch SVE wheels with Nitto drag radials rounds out the list of changes. The suspension and transmission are factory stock, and the car hasn’t been stripped-out to reduce weight.

The folks at Cobb Tuning say that this Mustang EcoBoost’s 11.678-second quarter-mile is the quickest on record for any Ford Mustang EcoBoost with a stock engine and turbocharger, and surpasses the customer’s own previous record. But beyond that, it’s an impressive advertisement for the capability of Ford’s EcoBoost engine family, and the 2.3-liter I4 in-particular.

For those who questioned whether a small, turbocharged four-cylinder engine had any place in America’s premier pony car, perhaps this will remove all doubt.