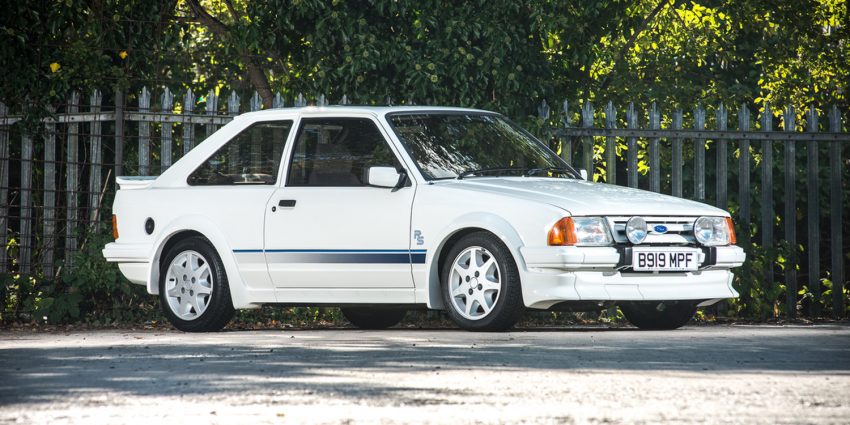 Ford’s “RS” performance badge is perhaps only recently starting to have some significance to American buyers; across Europe, the name has been a big deal ever since the very first RS-badged Escort models of the 1970s. So, while the thought of any 1985 Ford Escort encroaching upon the $100k mark at auction might be inconceivable to much of the US, it’s perhaps a bit less bewildering to those in the UK.

The Ford Escort RS Turbo in question was sold by Silverstone Auctions, and as you can see from the photos below, the car is truly in near-mint condition. That’s because this 1985 Ford Escort RS Turbo has been driven just 5,568 miles since new, making it possibly the lowest-mileage Series 1 RS Turbo in existence, according to the Daily Express.

By 1980, the Ford Escort had reached its third generation in Europe and the UK, a generational update which brought with it the change from rear- to front-wheel drive. This 1985 Ford Escort RS Turbo is no exception, with a turbocharged 1.6-liter engine sending around 130 horsepower to the front wheels.

Check out the gallery below for more stills of this forced-induction 1980s heartthrob. 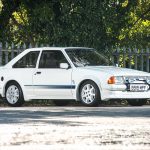 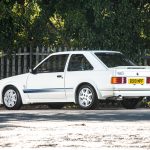 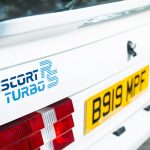 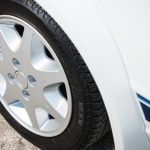 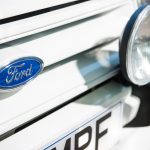 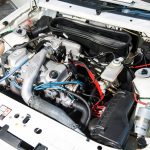 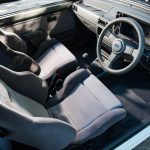 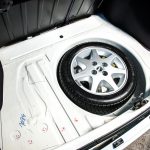