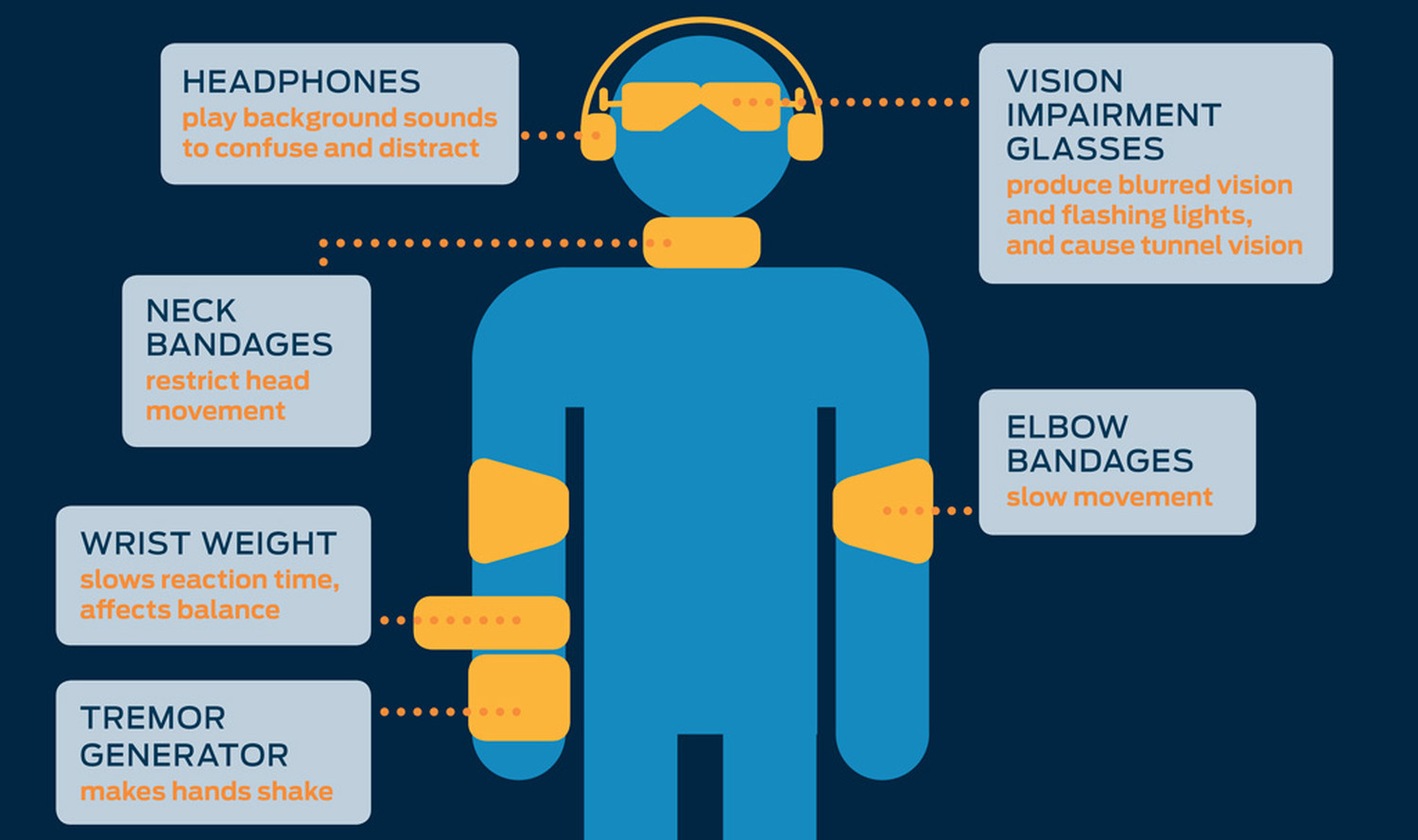 Last week, Ford Europe released a video showing the automaker’s innovative “Drug Driving Suit,” which is meant to mimic the effects of driving high in order to educate drivers as to the dangers.

Indeed, the dangers are very real; a driver under the influence of drugs other than alcohol can be up to thirty times more likely to get into an accident, and according to the National Highway Traffic Safety Administration (NHTSA), somewhere around 18 percent of all traffic deaths involve such drugs.

Ford’s Drug Driving Suit has been developed with help from Germany’s Meyer-Hentschel Institute to mimic the impact of drugs like cannabis, heroin, cocaine, and ecstasy (also known as MDMA). The Drug Driving Suit will join the “Ford Driving Skills for Life” program, which is aimed at equipping especially young, novice drivers with the knowledge they need to safely operate motor vehicles on today’s roads. The program has so far trained more than half-a-million since its inception in 2003.

The NHTSA reports that drug usage before or during operation of a motor vehicle is on the rise, with one survey revealing that as many as 22 percent of drivers tested positive for illegal, prescription, and/or over-the-counter drugs.

Says Ford Driving Skills for Life Global Program Manager James Graham: “Driving after taking illegal drugs can have potentially fatal consequences for the driver, their passengers, and other road users. We have already seen first-hand the eye-opening effect that our Drunk Driving Suit has had on those who wear it, and are confident that our new [Drug Driving Suit] will have a similar impact.