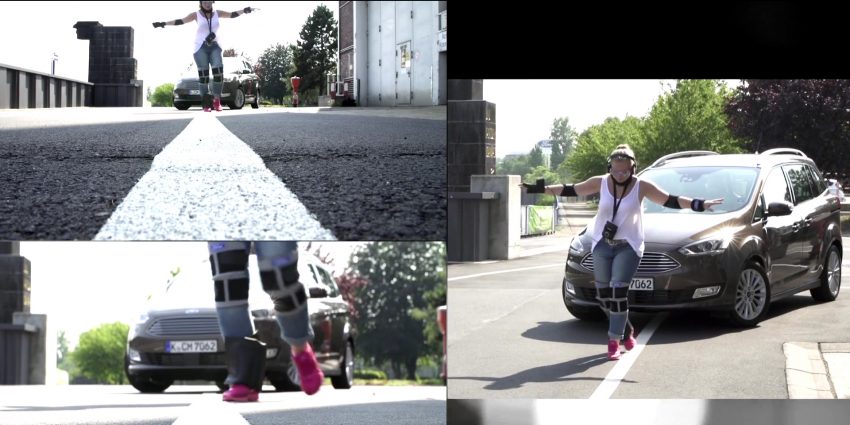 For all the attention that’s given to discouraging and attempting to curb drunk driving – or “drink driving,” if you’re British – it seems as though driving under the influence of drugs is a comparatively neglected problem.

Nonetheless, the impact of drugs on driving is very real, with this video from Ford Europe reporting that drivers under the influence of drugs are up to thirty times more likely to have a severe crash than sober drivers. So, to illustrate that point to the youths of Europe, Ford has built likely the first-ever “drug driving suit.”

In concept, Ford Europe’s drug driving suit doesn’t sound all that different from the automaker’s “third age suit,” which was built to mimic the effects of aging. But of course, that suit was built to help vehicle engineers; with the drug driving suit, Ford is hoping to save lives. On the suit’s list of equipment are glasses that cut-off peripheral vision, headphones that play random noises, a motorized “tremor-generator” that slips onto the wrist to make one’s hands shake, and uneven weights placed about the body to throw off balance and restrict movement.

The video above gives us a pretty good look at the blow to motor skills that comes with wearing the drug driving suit, and it’s grim. Were it our cars and our lives, we’d take a cab.