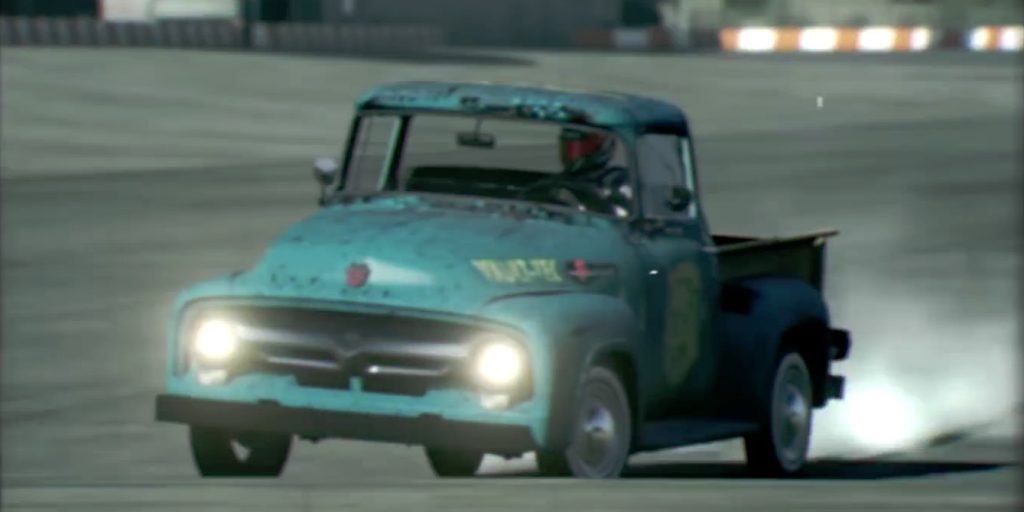 The Ford F-100 name was born in 1953 with the start of the second-generation Ford F-series pickup range. Engine options for the 1956 model year were limited to either a 279 or 317 cubic-inch Y-block V8 making around 150 to 170 horsepower, respectively. The Ford F-100 and circa 1950s vehicles like it are mainstays of the Fallout game universe, which draws heavily upon the prevailing style of the period to conjure a sense of the post-war nuclear scare.

The Fallout-themed 1956 Ford F-100 is available to Forza Motorsport 6 players everywhere as of yesterday, free-of-charge. “Everyone asks us if you can drive the cars in Fallout 4,” said Bethesda Game Director Todd Howard, “and now we can say yes – in Forza, our favorite racing game.”