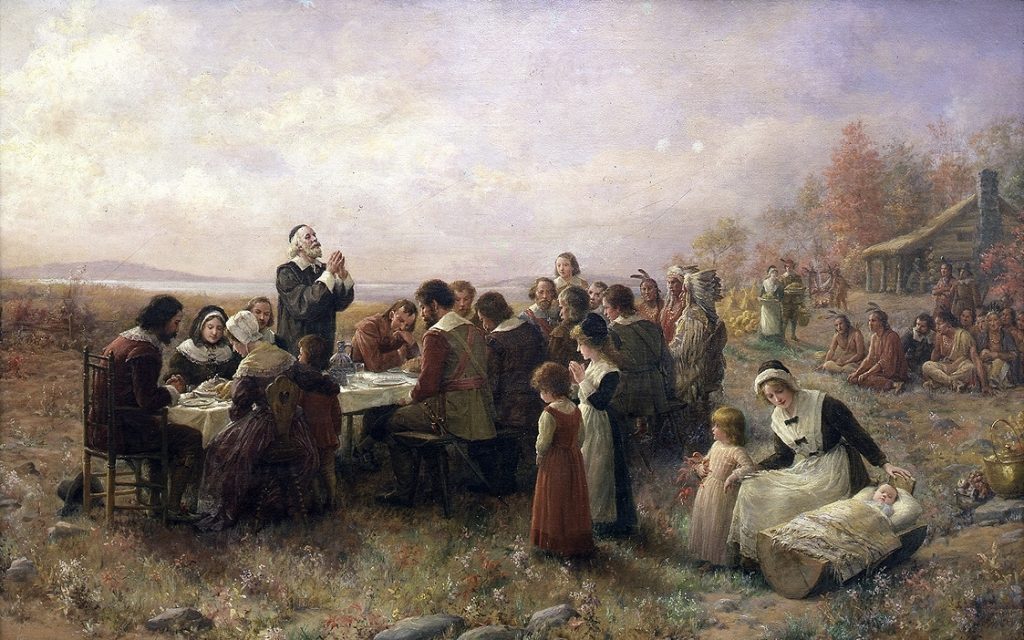 In the United States, today is Thanksgiving – a holiday of obscure and somewhat questionable origins, but one we warmly celebrate nonetheless. It’s on this day that we take stock of what matters most in our lives, what we’re thankful for, and the family and friends we share these blessings with.

In the holiday spirit, we here at Ford Authority decided to share whatever Ford Motor Company idea, vehicle, or innovation it is that we feel most blessed to have. Deciding on just one thing proved to be difficult. Should we express gratitude for an exciting Ford Performance product? The 2016 Ford Focus RS might make the list, but it hasn’t yet launched, and we haven’t had the occasion to drive it. The Shelby GT350 Mustang, perhaps? It’s a limited-run domestic exotic far beyond the reach of such a humble automotive journalist’s income.

Or, we could shoot for something a bit more domesticated. The Fiesta, Focus, and Fusion are all great cars, but are they necessarily of such importance as to deserve our Thanksgiving Day praises?

After much deliberation, we’ve decided on something – something much more broad than any one vehicle model. This Thanksgiving, we would like to express our thanks for Ford’s aluminum truck bodies.

First, the military-grade aluminum used on the 2015 Ford F-150 – and soon, the F-Series Super Duty – allows for a weight reduction of some 700 pounds in the light-duty pickup. (The Super Duty line will see weight losses totalling up to 350 pounds.) That’s not only good for fuel efficiency, ride, and handling; it’s good for allowing the trucks to do more, well, trucking. That 700 pounds lost by the 2015 F-150 is (in theory) 700 more pounds it can haul in the cargo box.

Second, the aluminum-bodied Ford F-Series pickups set a good precedent. The use of aluminum body panels on any mainstream passenger vehicle – let alone a bona fide workhorse – has historically been a no-go. After a fender-bender, steel bodies tend to be much easier to repair, not least of all because body shops have been working with the stuff for over a century.

For that reason, adopting an aluminum body on the 2015 Ford F-150 – America’s most popular truck – was a gamble. We’re glad that Ford took it. At the very least, it makes the latest Ford F-150 and forthcoming Super Duty line all the better; at most, it could force a similar shift from other automakers, not only with regard to their own full-size truck offerings, but their coupes, sedans, crossovers, and cabriolets, as well.

For those two reasons, this year, we are thankful for Ford Motor Company’s aluminum truck bodies. From all of us here at Ford Authority: Happy Thanksgiving!