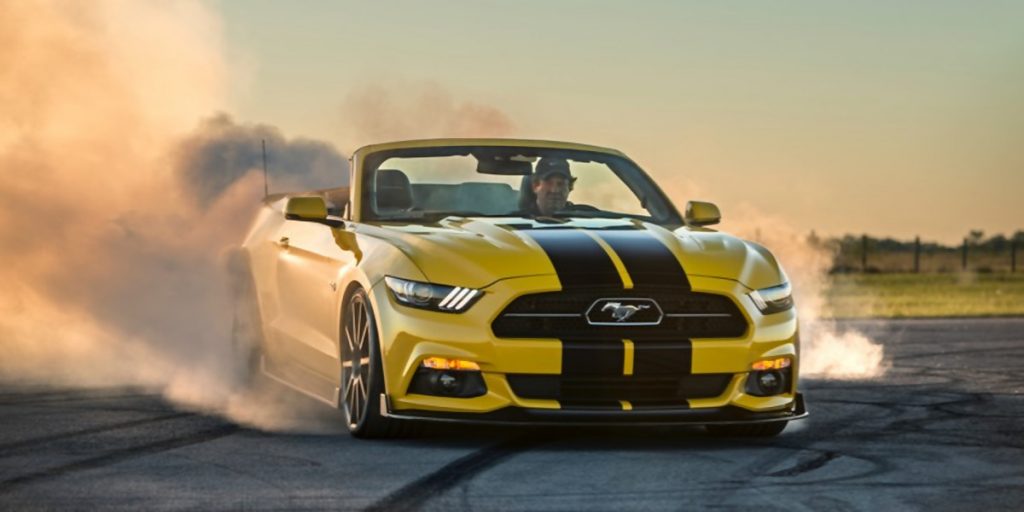 Until recently, the folks at Hennessey Performance Engineering were tight-lipped about what we could expect to see from the firm at this month’s SEMA show in Las Vegas.

At long last, we know: John Hennessey and his outfit will be bringing some 1,424 Ford-bodied horsepower to the specialty equipment show starting tomorrow.

This sum of awesome power comes in two discreet packages: a 774 horsepower HPE750 Ford Mustang convertible, and a 650 horsepower VelociRaptor 650 Ford F-150. The wizards at Hennessey Performance Engineering have supercharged each, and upgraded the chassis and styling to taste. And sure, we may already have seen images and read literature relating to each of these monstrous Ford-based tuner supercars, but the SEMA show represents the first opportunity that most of us will have had to walk among them.

First, Hennessey Performance Engineering’s record-shattering HPE750 Ford Mustang. This car uses the 2015 Ford Mustang GT as its base, to which a supercharger is fitted, providing 9 psi of boost pressure. That’s enough to push output to the aforementioned 774 peak horsepower. A Hennessey CarbonAero kit encompasses a new front splitter, side sills, and rear spoiler, while Hennessey’s own H10 lightweight wheels are bolted on at each of the four corners. A set of Brembo racing brakes helps haul everything to a stop post-haste.

And then, there’s the Hennessey Performance Engineering VelociRaptor 650, based on the V8-equipped 2015 Ford F-150 full-size pickup. Hennessey markets the truck as an alternative to the forthcoming 2017 Ford F-150 Raptor, but in truth, it’s a special machine unto its own. The supercharger fitted to this engine provides 7 psi of boost, enough for a 4.9-second 0 to 60 mph time, says HPE. Heavy duty front and rear bumpers, skid plates, and fender flares both add to the truck’s presence, and allow for more offroad durability. A Fox suspension kit and 20-inch wheel upgrade with nubby tires round out the list of big changes.

If you happen to find yourself at the 2015 SEMA show in Las Vegas, starting tomorrow, be sure to stop by the Hennessey Performance Engineering booth to check out these two Ford-inspired monsters. They’ll be appearing side-by-side with a new, more potent Hennessey Venom GT hypercar. 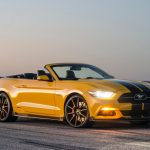 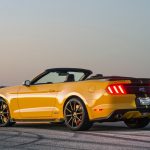 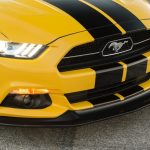 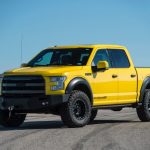 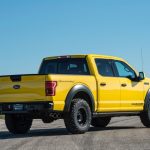 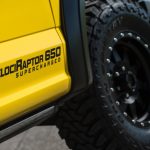