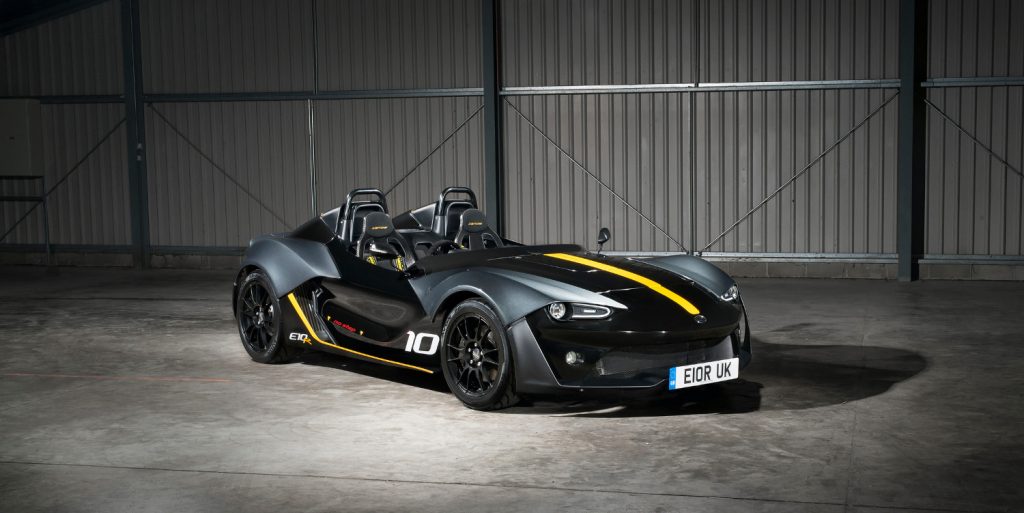 Zenos Cars, a company born of the sheer genius of two Lotus and Caterham executives sometime last year, has a relatively simple guiding principle: lightweight design above all else.

That axiomatic truth underpins the Zenos E10, the company’s first sportscar. But what if the 200 horsepower, 2.0-liter EcoBoost engine powering that offering isn’t quite enough? For those depraved souls, there’s the new Zenos E10 R, which sheds some 10 kg (22.5 pounds) from the weight of its predecessor, while ditching the 2.0-liter in favor of the 2.3-liter EcoBoost powering the 2016 Ford Focus RS.

Said Zenos co-founder Mark Edwards: “Thanks to its advanced architecture and natural balance, it was always clear that the E10 could handle even more power than the [E10] ‘S’ offers. Yet it is vital that any new Zenos model features the Zenos hallmark of affordability and the most accessible way to join the 500 bhp per tonne car club.”