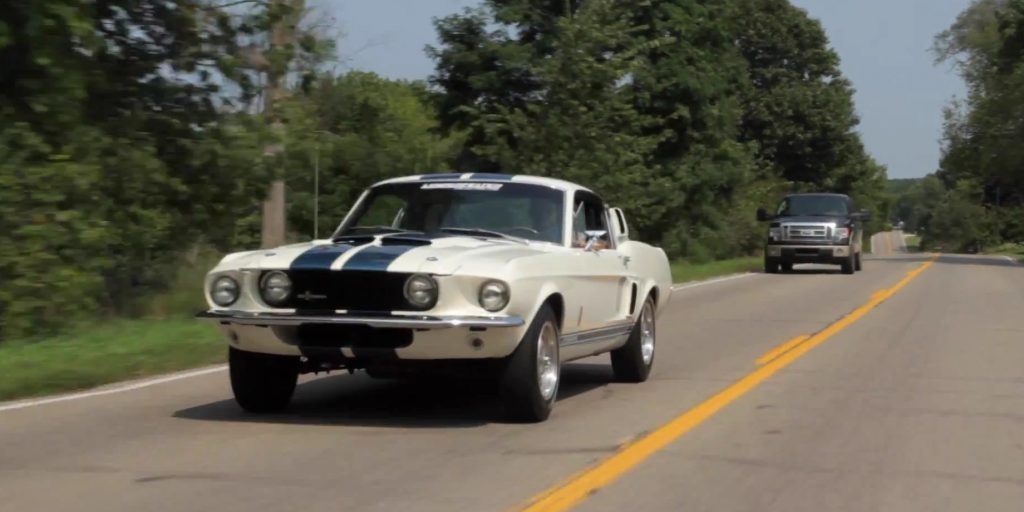 The folks at Hagerty Insurance know classic cars; it’s their specialty. So, if you’ve come across that gotta-have-it, classic carbureted machine and you’re contemplating dropping half of your kids’ college fund on the hood, it might be wise to heed their advice.

Today, this video from Hagerty will explain to us non-experts what to look for when buying any original, 1967-’68 Ford Shelby GT500 Mustang.

The Shelby GT500 originally came along as a less-hardcore, more accommodating alternative to the track-ready GT350. Things like rear seats, optional A/C and an optional automatic transmission made it an all around better road car than its older sibling, even if you were losing out on some performance as a result. Powering the original 1967 Shelby GT500 was a 428 cubic-inch police interceptor V8 fed by two, four-barrel Holley carbs. That was enough for a then-astounding 360 horsepower.

So, what should the wise shopper look out for in a potential Ford Shelby GT500 candidate? As with any car, rust is an issue; Hagerty’s Stefan Lombard takes us through some of the common places to check. But one thing that doesn’t necessarily apply to shopping for just any car model is the possibility of stumbling upon a fake. Those in the market for a new Prius very rarely have to go to any pains to verify its authenticity, but in the classic car world, mimicry is rampant.