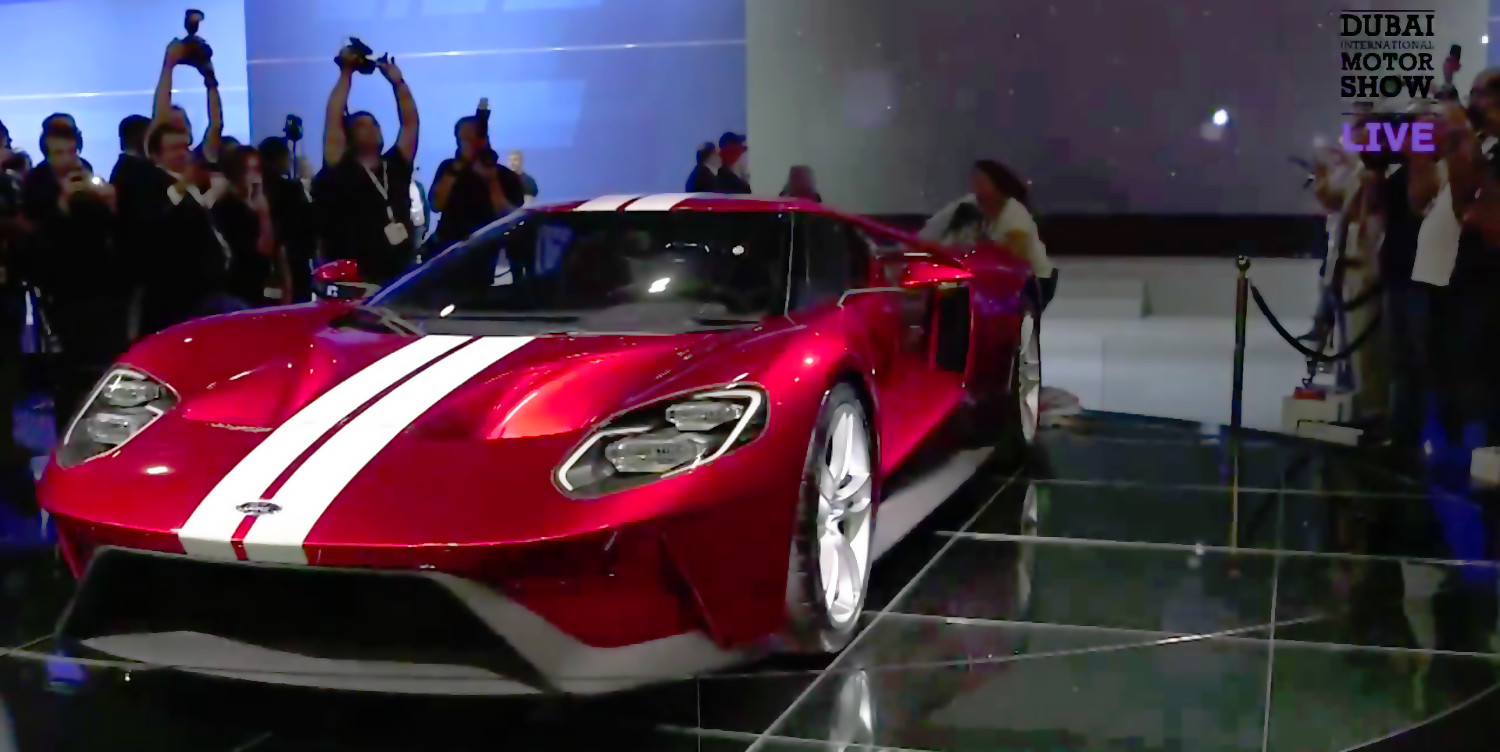 At last week’s Dubai International Motor Show in the United Arab Emirates, Mr. Gymkhana himself – a.k.a. Ken Block – was on hand to help unveil the 2017 Ford GT to the region.

Yet, despite the significance of the reveal, the reporter from Auto Video Broadcast in the video above doesn’t talk to Mr. Block about the exciting 2017 Ford GT. Instead, they discuss the (much more attainable) 2016 Ford Focus RS, for which Block served as a consultant during development, and the next, eighth instalment of the Gymkhana series.

The 2017 Ford GT is expected to produce in excess of 600 HP, sent to the rear wheels; unlike some of its contemporaries (Porsche 918, McLaren P1), the hypercar will not incorporate a hybrid setup. Availability will be very limited, and prospective customers will have to be approved by the automaker before they are allowed to place an order.