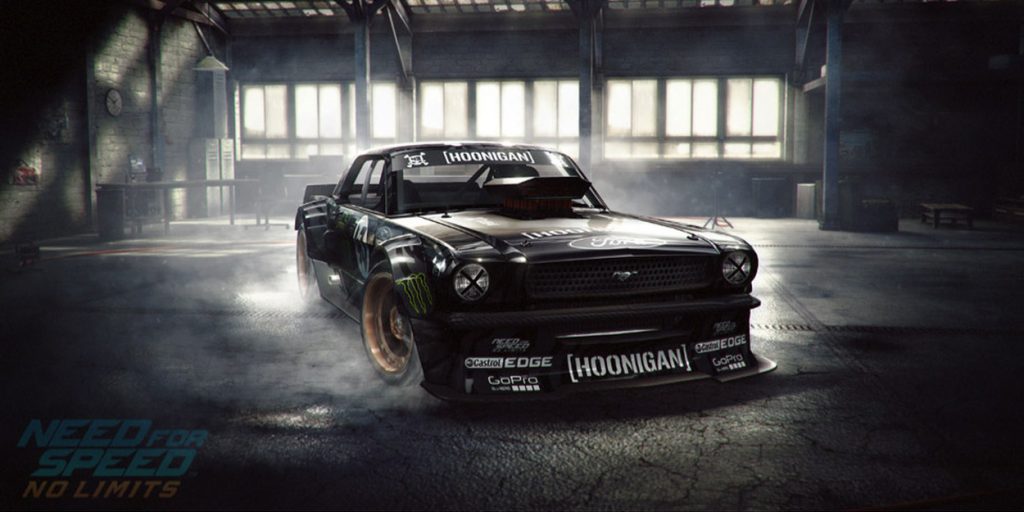 According to IGN, players will be able to use Mr. Block’s AWD Hoonicorn drift machine in the game’s “Xtreme Racing Championships.” A computer-controlled facsimile of Block will also be in the game, driving the Hoonigan’s equally-iconic 2014 Ford Fiesta Hoonigan. Winning the XRC puts the Hoonicorn Mustang in the player’s garage.

Mr. Block’s 1965 Ford Mustang “Hoonicorn” won’t be solely available for the mobile Need For Speed: No Limits game, however; EA has announced that the car will also make its way into the newest Need For Speed console game for the Playstation 4 and XBox One, as part of the first downloadable game update.