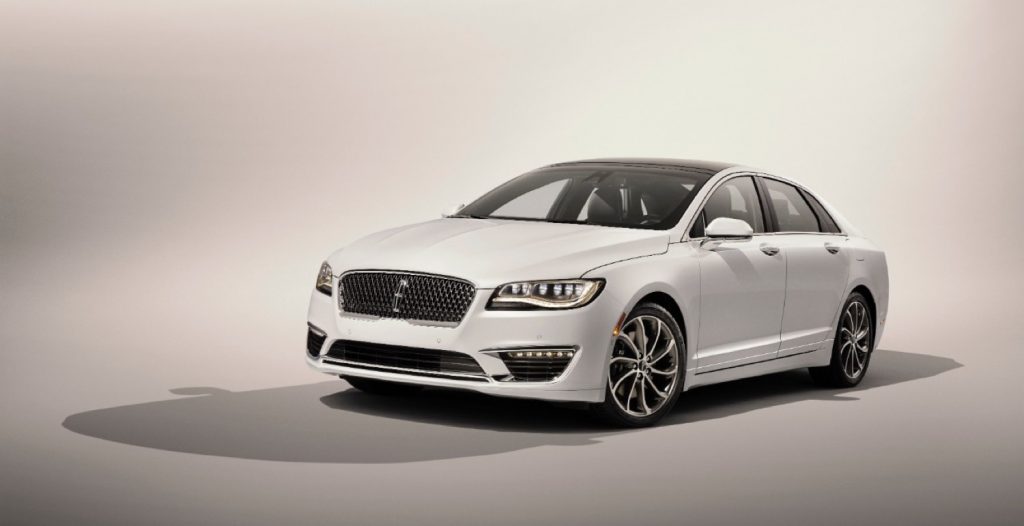 Lincoln Motor Company, the current moniker of Ford’s Lincoln luxury brand, is re-entering relevance after years of decline. The brand was only so-named in 2012, and given its own President even more recently, in 2014.

That Lincoln Motor Company President is Kumar Galhotra, and he has a plan for sustaining the marque’s successes from the past several years. According to Automotive News, Lincoln Global Director Matt VanDyke summarized that plan thusly: “We’ve said we need to cover the core segments first. Luxury coupes and sports cars are not the first place we need to go.”

We ourselves were somewhat puzzled when the 2017 Lincoln Continental concept first broke cover ahead of the 2015 New York Auto Show, sporting a choice of either front- or all-wheel drivetrain – no RWD. Likewise, the new 2017 Lincoln MKZ (pictured) will not offer a rear-wheel drivetrain, either.

What it will offer instead is the chance for Lincoln Motor Company to further separate itself from its Ford parent. Although the new MKZ will continue to share its platform with the Ford Fusion, it will also gain a Lincoln-exclusive 3.0-liter twin-turbo V6. Neither that engine, nor the smaller 2.0-liter turbo, will bring with them any EcoBoost badging.

Automotive News further reports that Lincoln Motor Company will add another two new (or retired) nameplates by 2020, although executives won’t say what those vehicles are. It is expected that one will be a reborn Lincoln Aviator SUV (2003-’05, based on the Ford Explorer), while the other might be a small Cadillac ATS/BMW 3-Series competitor.

The efforts of Galhotra and others to breathe new life into the previously-floundering Lincoln Motor Company has paid off, with US sales up 7.5 percent this year, following a 16 percent gain in 2014. Average age of ownership has dropped from 67 to 58 in a few short years.

Still, that’s higher than the average age for the segment, and Lincoln Motor Company still ranks eighth among luxury brands for US sales. “The products are there,” says AutoPacific Analyst Dave Sullivan, “but I don’t think they’re hitting the targets they need to hit in the competitive world.