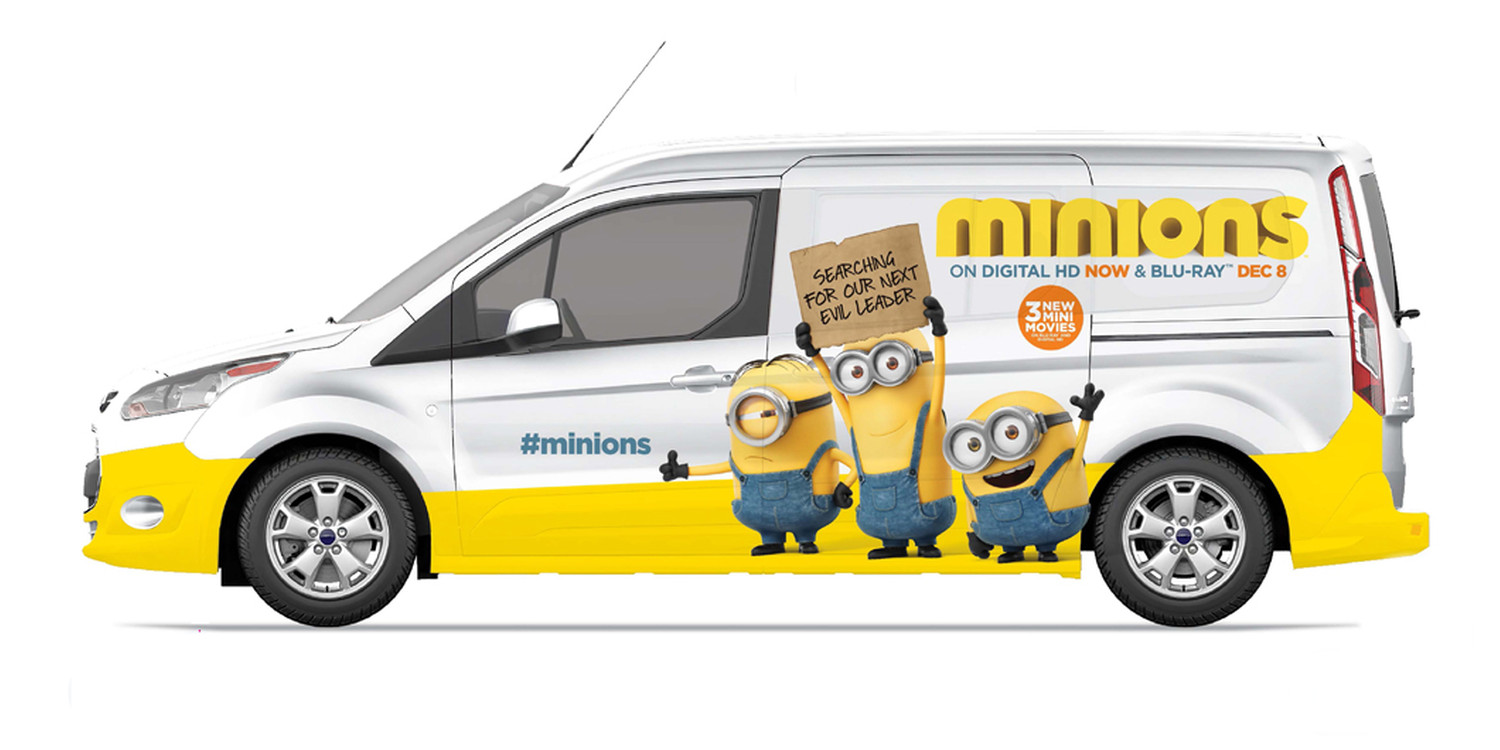 The weekend’s Ford EcoBoost 400 Sprint Cup season finale in Miami saw the public debut of a new vehicle about to start its national tour: a Minions-themed Ford Transit Connect, dubbed the “Minionwagon.”

Minions Kevin, Stuart, and Bob are all represented on the Ford Transit Connect’s themed vinyl wrap, and after the final race of this year’s Sprint Cup season, the van headed north to Orlando, Atlanta, and Philadelphia, with a final stop planned for New York City to celebrate the launch of Illumination Entertainment’s Minions on Digital HD Tuesday. The movie will be released on DVD and Blu Ray later, on December 8th.

The Minions-themed 2016 Transit Connect “Minionwagon” is based off of the long-wheelbase Titanium trim-level vehicle, with a 2.5-liter Duratec four-cylinder engine. Ford Transit, Connect, and E-Series Brand Manager Yaro Hetman remarked that “flexible seating, easy maneuverability and ample storage make it a great road trip van – for Minions and families!”

Mustang Club Of America Kicks October Off With A Bang