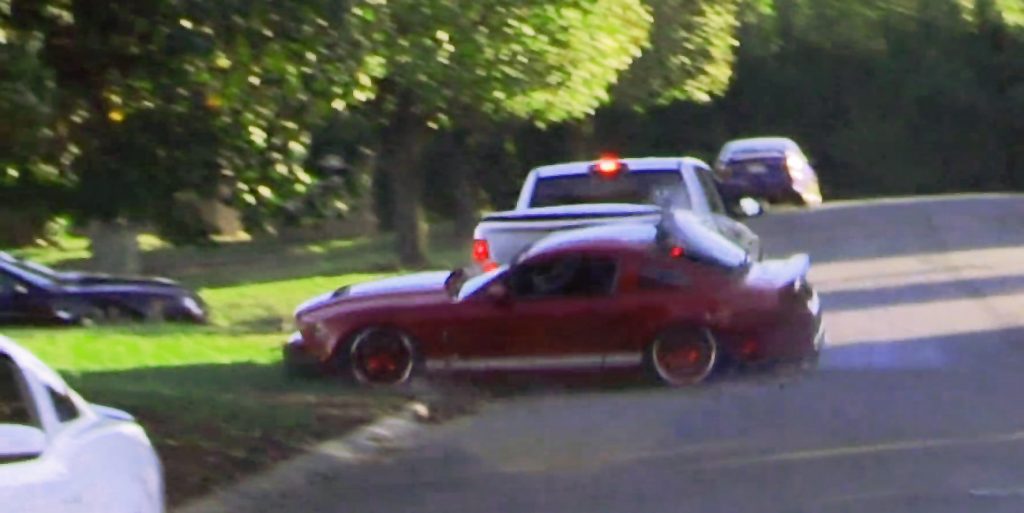 Earlier in the month, a car show ended in tragedy when the owner of a second-generation Shelby GT500 lost control at the wheel while trying to leave the event with some high-horsepower style. The driver attempted to wrestle the pony car’s power back into line, over-correcting and slamming into the back of a brand new RAM 1500 pickup.

The video above shows the horrifying crash, which left the modern-classic Shelby GT500 in ruins, and the driver injured due partly to the airbags not deploying. According to website Car Throttle, the man has been hospitalized as a result.

From what we can see in the video, the driver’s sudden, vigorous throttle application overwhelms the rear tires and causes the back end of the Shelby GT500 to step-out to the left. The driver, trying to compensate, turns the wheel too far in the same direction and spins out into the cargo box of the parked RAM pickup. The result is catastrophic, with this second-generation Shelby GT500 looking too far gone to be repaired.

Our thoughts go out to the misfortunate owner of this wrecked Shelby GT500 Mustang.