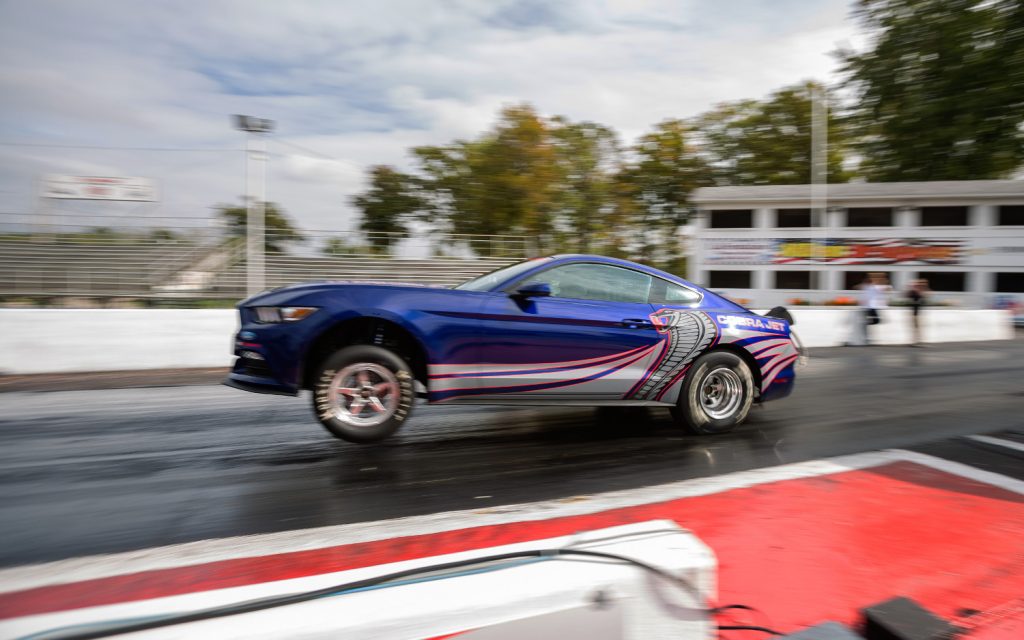 If you weren’t already excited about the 2016 Ford Mustang Cobra Jet drag racer – what with its stripped-out, NHRA-compliant configuration – perhaps the specs and awesome dragstrip footage in this video from Ford Performance will get you into the proper spirit.

Ford is still being tight-lipped about the (assuredly immense) power output of the new Cobra Jet, which makes due with essentially the same 5.0-liter Coyote V8 as the Mustang GT, albeit supercharged with a Whipple unit. But here’s some additional info that didn’t make it into our earlier reports: the car boasts lightweight racing wheels from Weld, with 9-inch racing slicks by Hoosier. The 2016 Mustang Cobra Jet also features adjustable coilovers at all four corners, allowing customers to make their own adjustments on-the-fly, with a solid-rear axle in-place of the new independent-rear setup of the 2015 and later road-going models.

All-in, the folks at Ford Performance are claiming that the 2016 Ford Mustang Cobra Jet is capable of an 8-second quarter-mile from the factory. That’s something we can’t wait to see.