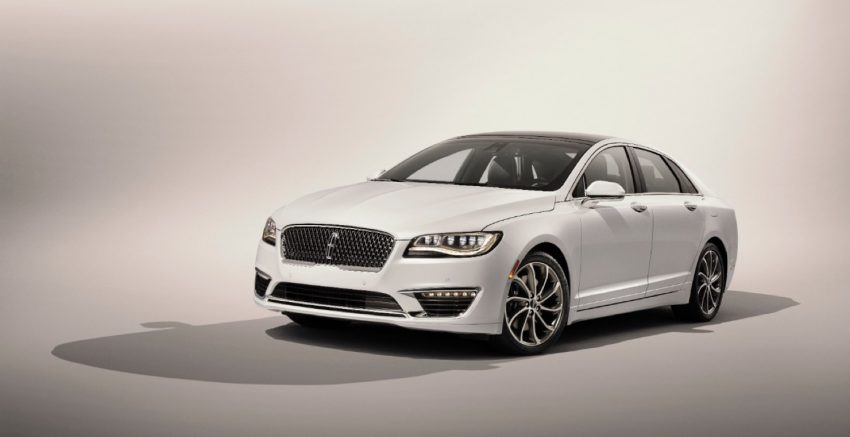 Look at the rear of the 2017 Lincoln MKZ (née “Zephyr”) if you haven’t yet done so; chances are, you won’t spot any substantial differences compared to the current model.

Indeed, like the 2017 Ford Escape revealed before it, the forthcoming Lincoln MKZ’s changes all seem to pertain either to evolutionary content changes, or the front fascia. Seeing as the MKZ is currently Lincoln Motor Company’s best-selling model, the subtlety of its styling changes might be a good thing.

It’s best not to rock the boat.

The “Lincoln Motor Company” was so-named only three years ago, in 2012, in part to accomplish the same objective targeted by General Motors’ Cadillac luxury brand: separation and differentiation from the parent. That desire for separation was reiterated for us earlier today when it was revealed that the new, optional 3.0-liter twin-turbo V6 wouldn’t wear any “EcoBoost” badging, despite the origins of the engine.

Nor will the base 2.0-liter twin-scroll, for that matter. Lincoln Motor Company is all grown up and out on its own, making the brand’s position both pivotal and perhaps a bit fragile. If the brand is to continue growing, then the sustained success of the Lincoln MKZ is an essential component.

What changes we have seen appear in the 2017 Lincoln MKZ – a handsomely revised front fascia sporting the brand’s new signature grille, a 400 horsepower turbo V6 option, and a slew of technological updates – are all quite difficult to take umbrage with. The old two-wing grille style has proven to be a polarizing design, whereas the new grille – first used on the 2017 Lincoln Continental concept – will likely prove far more universally agreeable.

The new V6, meanwhile, sounds like a real winner. It’s more potent than we’d necessarily expected from a brand determined to leave top-shelf performance to the Germans in favor of a vacuously-defined “quiet luxury” sensibility, but that impressive power figure is welcome nonetheless. Most likely, the new V6 will respond and feel approximately like an EcoBoost, which is a compliment of the highest order.

Alternatively, there’s always the new 2.0-liter turbo base engine, in addition to an optional hybrid powertrain.

The 2017 Lincoln MKZ may still walk and talk overwhelmingly like the outgoing model, but thanks to this refresh, the luxury sedan now has a little more spring in its step.

Ford Owners Remain Least Likely To Be ‘One And Done’ Buyers