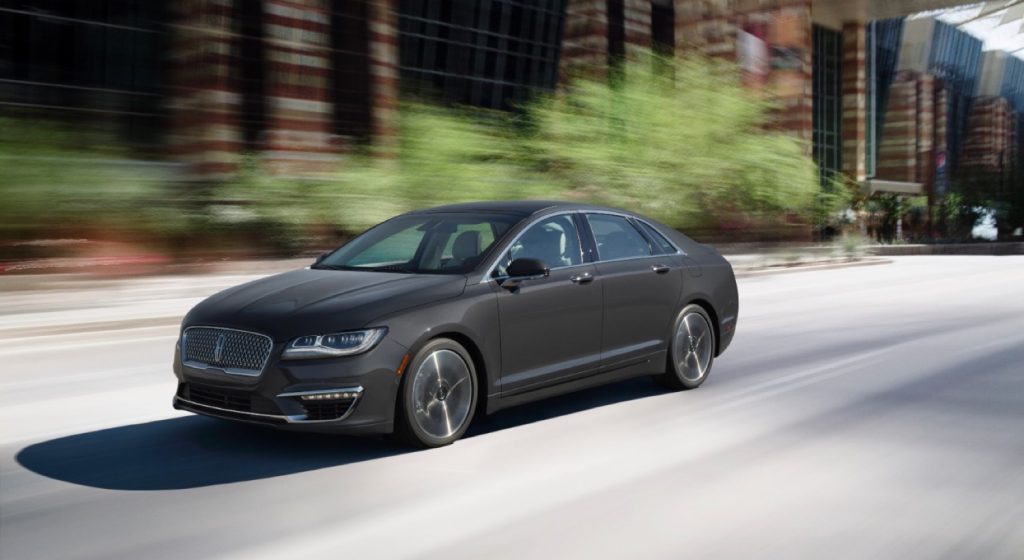 Exclusive to the Lincoln brand, the new twin-turbo 3.0-liter V6 debuting in the just-unveiled 2017 Lincoln MKZ is a potent mill that will produce as much as 400 horsepower and 400 lb-ft of torque.

Although the Lincoln MKZ, equipped with this powerplant, will wear a simple “3.0T” badge, the engine is most probably composed of technologies honed by the EcoBoost range. Like the Ford EcoBoost family, the powerplant features direct-injection, two equal-size turbos, and an impressive volume-specific power output of better than 130 HP-per-liter – certainly enough to live up to the EcoBoost label.

The 2017 Lincoln MKZ and its optional 3.0-liter twin-turbo are available with either front- or all-wheel drive, although the powerplant will be restricted to approximately 350 HP in the FWD model. That ought to help limit both torque-steer (the phenomenon whereby uneven torque application physically turns the front wheels), and power-understeer.

We’ll be curious to see if it’s a sufficient enough reduction.

The 2017 Lincoln MKZ’s 400 HP 3.0-liter turbo V6 is an appealing option, and more than worthy as a replacement for the outgoing normally-aspirated, 3.7-liter V6 being retired in 2016. Whether or not this powerful engine ends up making its way into the Ford lineup as an EcoBoost-branded mill remains to be seen.