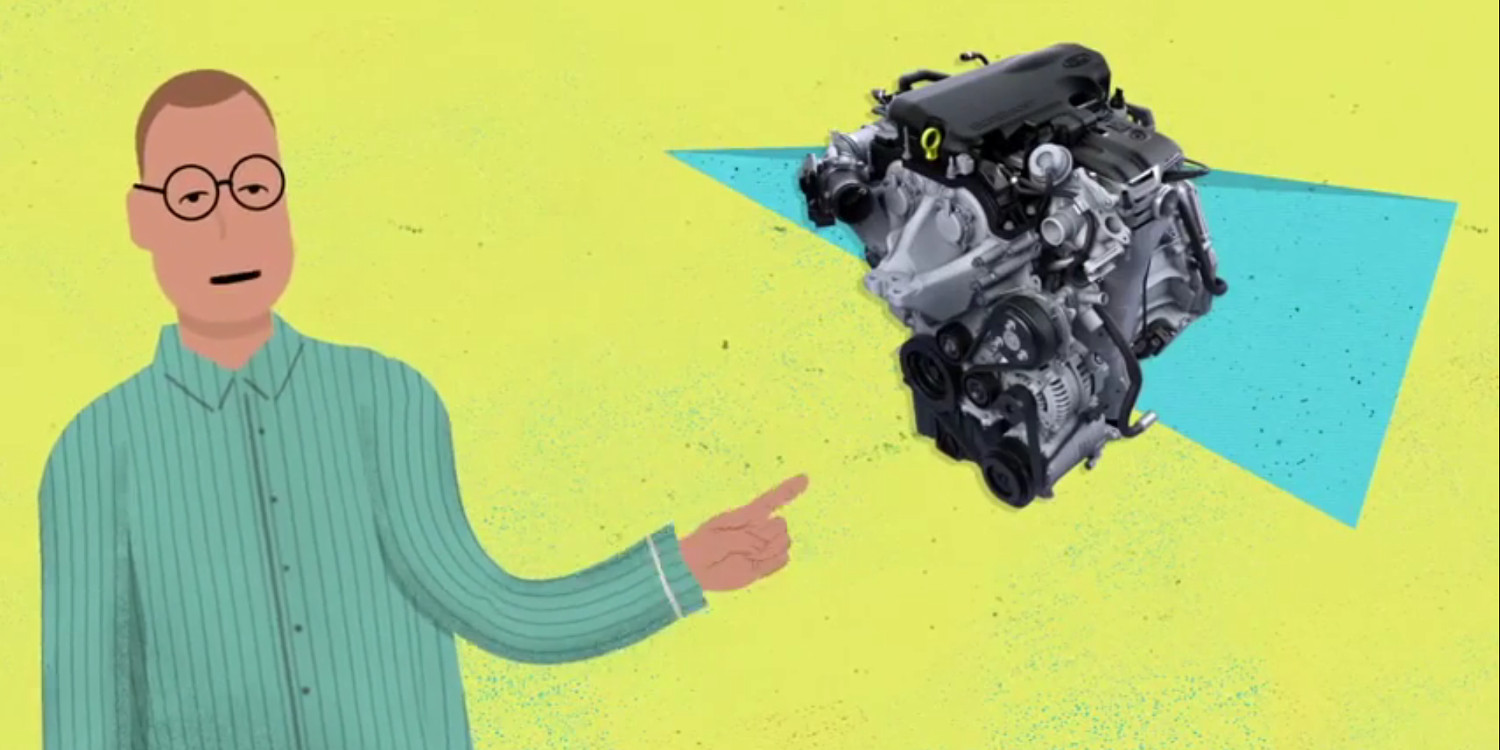 While the practice of turbocharging internal combustion engines is certainly nothing new, even a basic understanding of how such forced-induction systems work and what benefits they might yield isn’t necessarily common knowledge.

So, to help sell customers on the idea of the Ford EcoBoost line of turbocharged, small-displacement engines – and the 1.0-liter EcoBoost three-cylinder in particular – Ford has released a series of videos featuring a cartoon representation of Global Powertrain Technology Communications Manager Paul Seredynski. Over the course of three brief segments, Mr. Seredynski explains the basic function and appeal of the Ford EcoBoost engine family.

In a nutshell, the Ford EcoBoost philosophy of “small but mighty” is apt in describing the thinking behind the automaker’s recent turbocharger push. Turbos like those used in the Ford EcoBoost line are among the simplest of methods to increase “specific power output” of an engine, or power-per-liter. Since engines are generally heavy objects which contribute significantly to overall vehicle mass, offering the same output in a smaller package can be enormously advantageous for fuel economy.

But that’s just our take on the matter. For more on the “magic” of the Ford EcoBoost engine family, watch the video above.