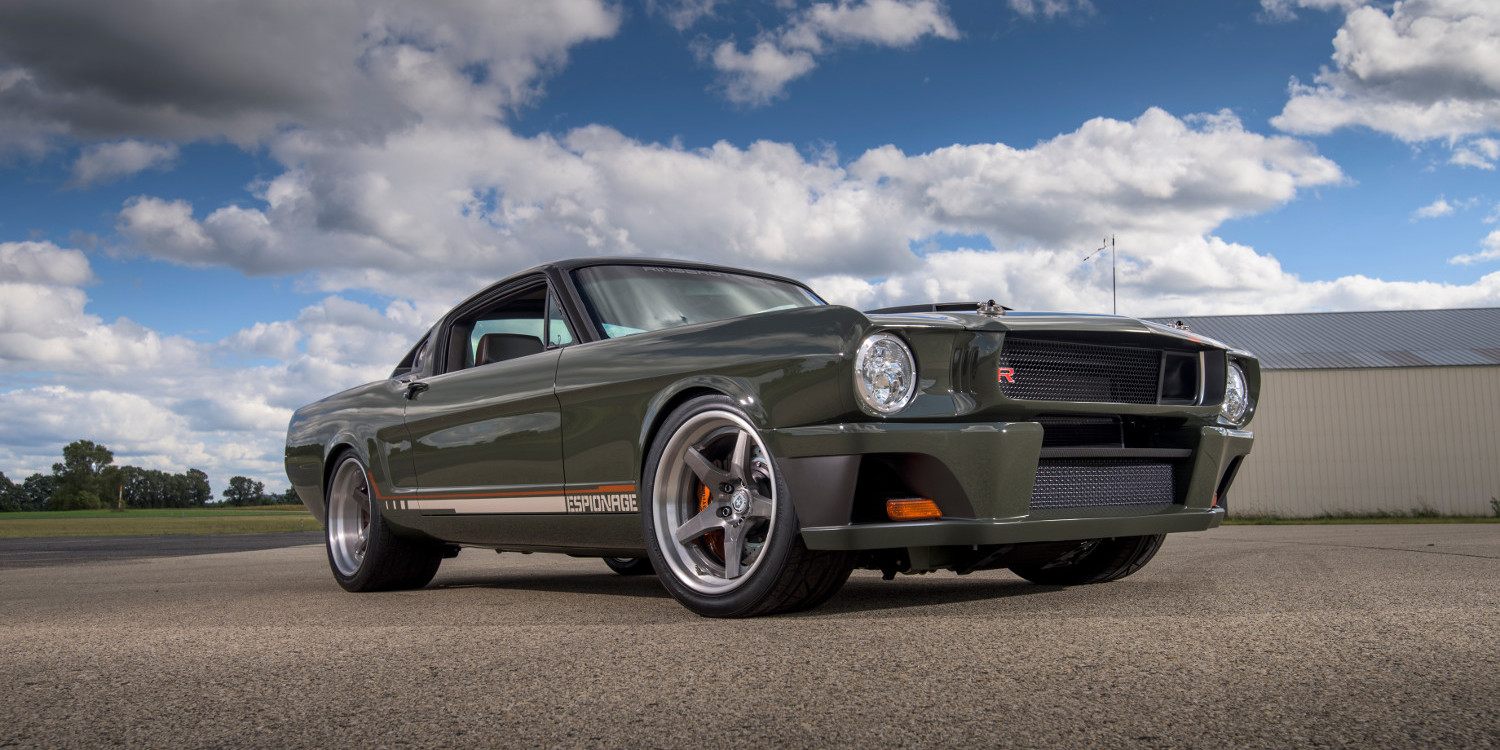 Unwilling (or unable) to call it quits after building a single, unique 1965 Ford Mustang resto-mod, “Ringbrothers” Mike and Jim Ring have pulled the wraps off of another, nicknamed “Espionage.”

The “Espionage” 1965 Ford Mustang features a custom, carbon fiber widebody kit, which adds 2 inches to either side of the car for a more muscular stance and presence. As you can see, none of that woven material shows through; the classic pony car has been shod head-to-toe in a dark, desaturated green shade aptly named “Spy Green.”

As for the engine, Mike and Jim Ring engaged in a bit of automotive blasphemy, sourcing a 427-cubic-inch GM LS7 to power the undercover carbon fastback – the same engine as found in the current Chevrolet Camaro Z/28. In this application, that beastly 7.0-liter is mated to a 6-speed Tremec T56, and routed through a custom driveshaft to a 9-inch Ford rear end.

Oh, and the LS7 has been supercharged with a Whipple unit, tuned to make 959 ungodly horsepower.

HRE forged wheels and huge Baer brakes permit the car to stop as well as it takes-off, rounding out the list of essential performance alterations. As a cohesive concept, the 1965 Ford Mustang “Espionage” by Ringbrothers is a beautiful package: subtle, understated design, encapsulating truly astonishing performance. 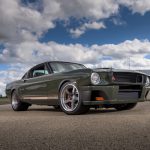 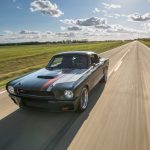 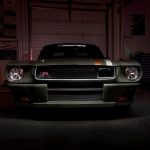 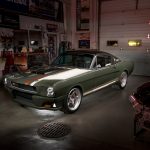 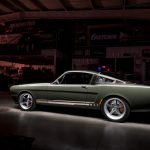 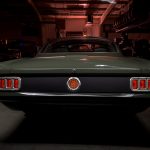 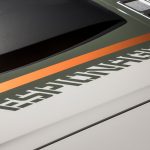 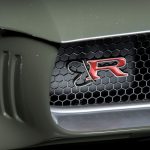 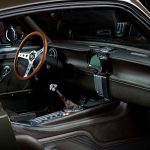 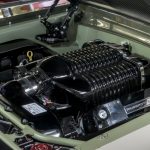