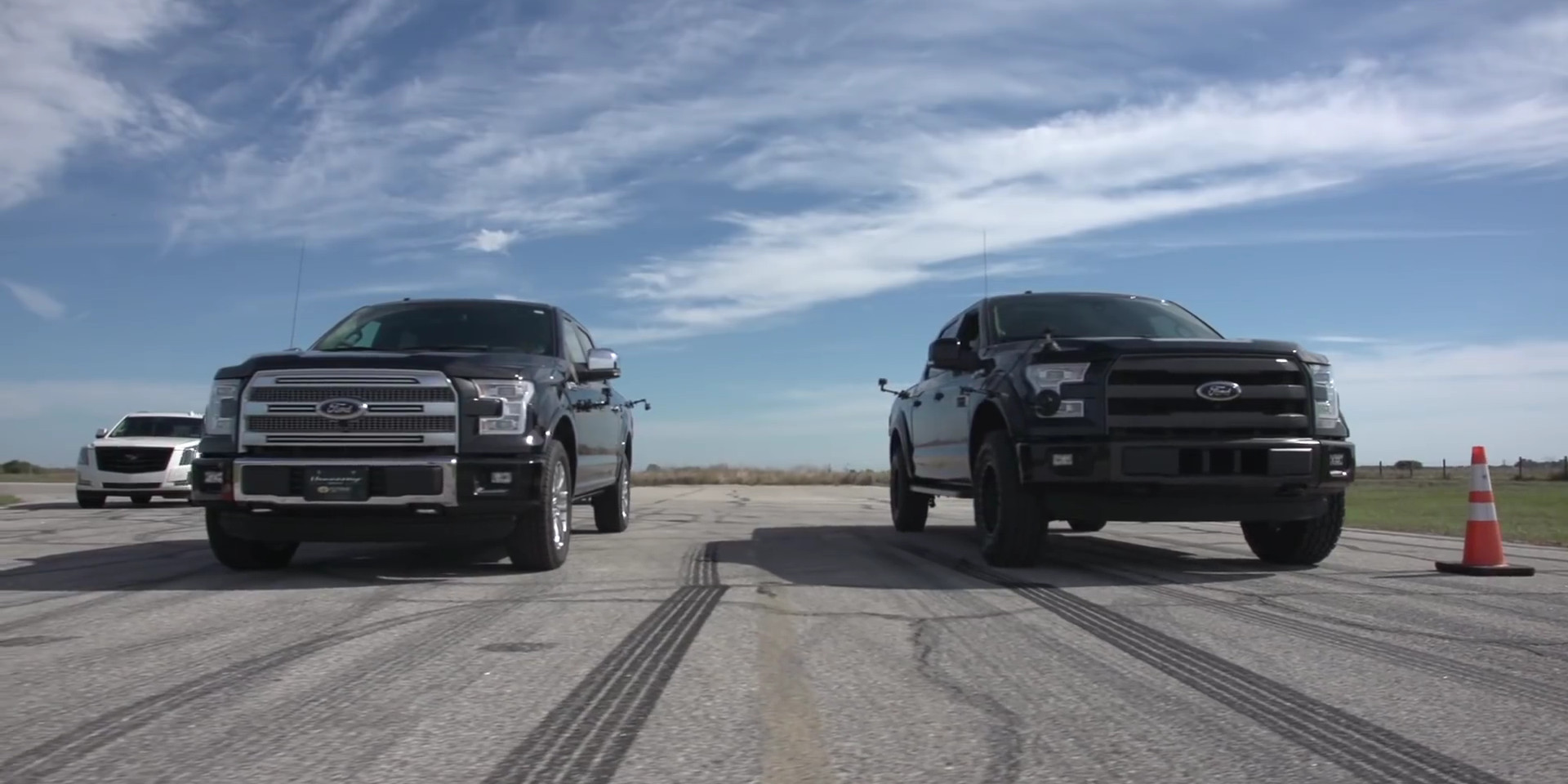 The Hennessey VelociRaptor 650, with its 650 horsepower supercharged V8, represents an appealing alternative to the forthcoming 2017 Ford F-150 Raptor – and one that is available now.

But for today, we’re not here to witness a fair fight by any means, because today, the Hennessey VelociRaptor 650 is drag racing a bone-stock 5.0-liter Ford F-150. We all know that the Hennessey will win, and we all know that it will likely be a vulgar display of MMA-champ-vs.-nerd-in-glasses.

The real question is just how vulgar a display it will be.

We’ll let the footage speak for itself. At any rate, we’ll remind you that the Hennessey VelociRaptor 650 starts at $73,500 – a difficult price to swallow, to be sure, but more than worth it for the thrills and satisfaction guaranteed by such an awesome beast. Without an inkling of the MSRP of Ford’s future 2017 Raptor, we don’t really have much to compare it to, but apart from the supercharger, air-to-water intercooler, and other engine-related upgrades included, the Hennessey VelociRaptor 650 also features a stainless cat-back exhaust, plenty of exterior badging, and Hennessey-embroidered headrests as standard.

Wheel and tire upgrades, fender flares, offroad bumpers, and a host of other options are available.