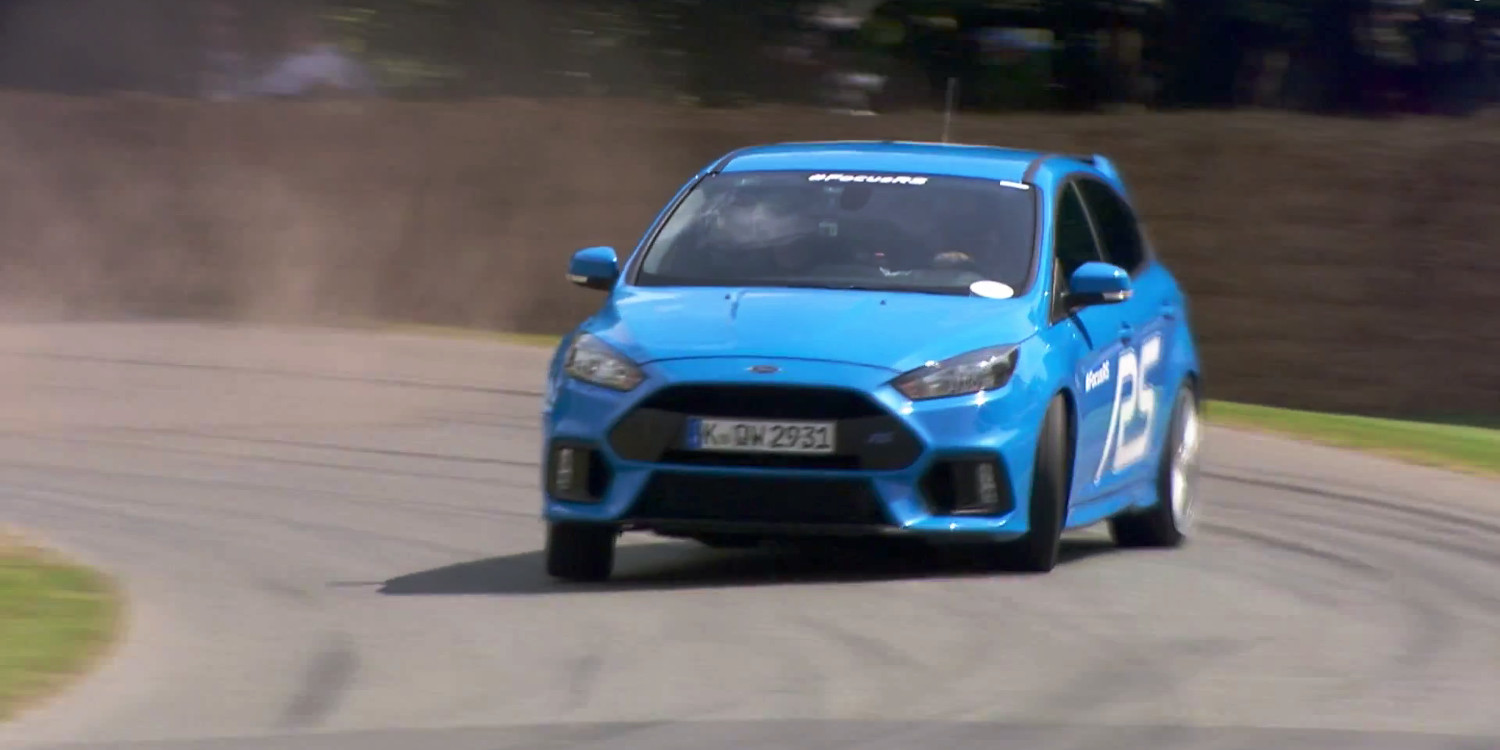 It’s been a long road since the first instalment of Ford’s documentary following the development of the 2016 Ford Focus RS, but we’re not out of the woods yet. Ford has just released part seven of the series (embedded above), and there’s still more to come.

In this episode, we get to see clips from one of the 2016 Ford Focus RS’ most exciting public showings to-date: its appearance at the 2015 Goodwood Festival of Speed. Piloting the car for this event, appropriately enough, was rally driver and Gymkhana star Ken Block.

After this exciting public display of Ford Performance prowess, we join the likes of Ford Performance Director Dave Pericak and Ford VP of Global Product Development Raj Nair for a sign-off drive in Lommel, Belgium. By this point in the development process, the 2016 Ford Focus RS prototype being driven has actually been constructed on the assembly line, meaning that the example shown is mighty close to production.

But not just yet. Driving the car in “Normal” mode, Mr. Nair is less-than-pleased with the calibration of some of the driver inputs. He ultimately withholds the all-important signature-of-approval.

For the full story, be sure to watch the seventh instalment of the 2016 Ford Focus RS documentary above.