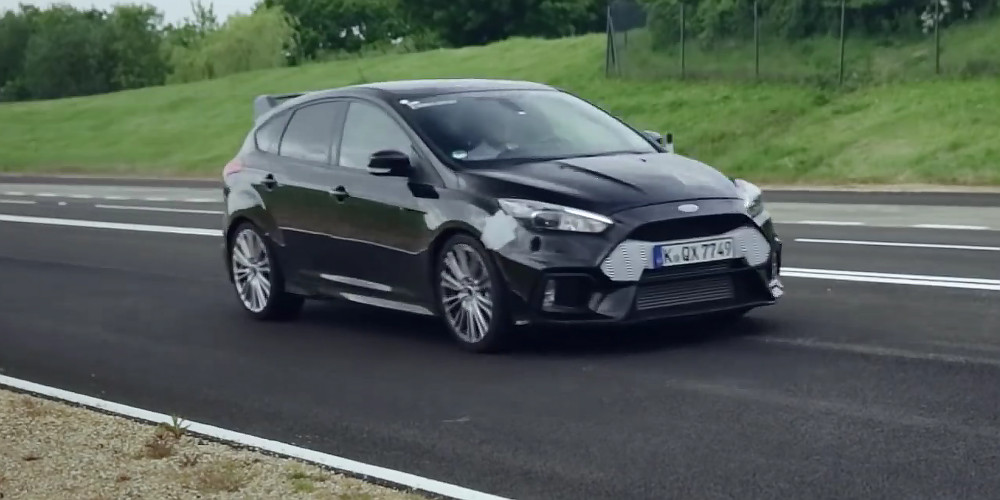 Earlier this week, Ford Performance published the sixth instalment of its fascinating “Rebirth of an Icon” documentary about the making of the 2016 Ford Focus RS. Having already permitted us behind the scenes in the Rocky Mountains, Sweden, and various test tracks, this episode takes us to various Ford facilities in England and Germany.

Perhaps the most interesting nugget from this sixth episode of the Ford Focus RS documentary is how some of the prototypes were constructed at Ford’s plant in Saarlouis, Germany. It turns out that these 53 “verification prototypes” were built on the production line as Focus ST models, minus the suspension and drivetrain. But, in order to not throw off the automatons performing the assembly, the cars had to be fitted with “dummy parts” so that every step of the assembly procedure would still be followed.

Later, once the cars were completed, they were wheeled into the pilot plant to be fitted with the Ford Focus RS’ suspension and drivetrain components.

There’s a lot more fascinating stuff covered in this episode, as well, like how the car’s engineers utilized dyno-testing to sort some of the preproduction issues which led the team to lose several engines during development. Be sure to watch the sixth episode of the Ford Focus RS “Rebirth of an Icon” documentary above for the full story.