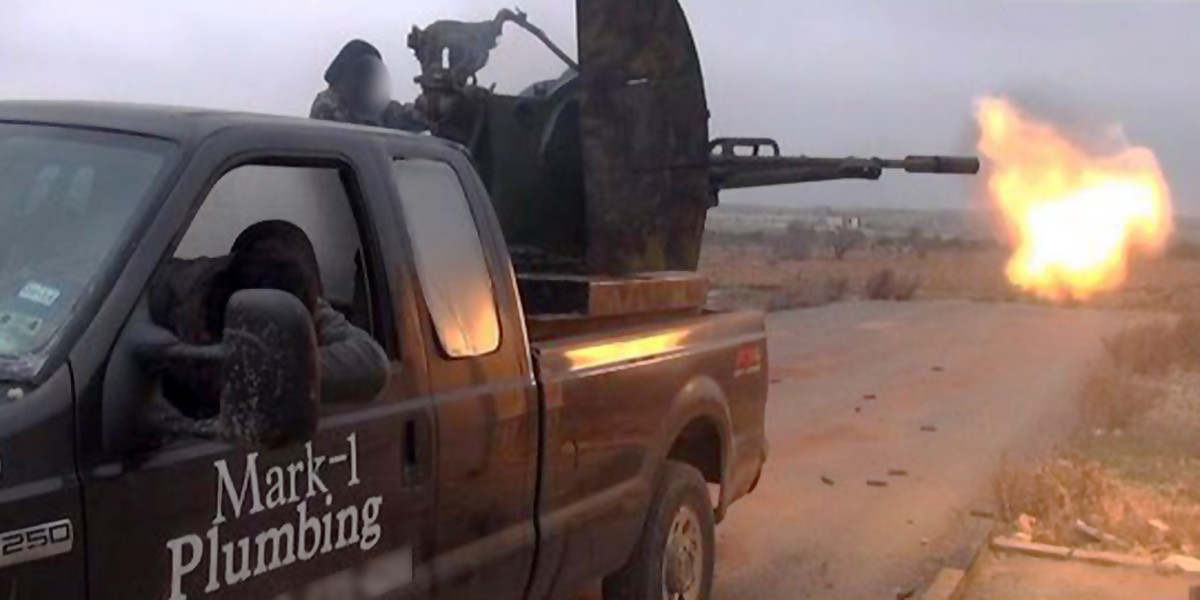 Well, this is surreal; Mark Oberholtzer, a plumber from Texas, has filed a lawsuit against AutoNation Ford Gulf Freeway in Houston after his former work truck – a 2005 Ford F-250 – ended up in the hands of a jihadist group engaged in the Syrian Civil War.

What makes Mr. Oberholtzer so sure that it’s the same truck? It still wears the trademark “Mark-1 Plumbing” decals of his business.

Michigan-based news site MLive reports that Mr. Mark Oberholtzer traded-in his 2005 Ford F-250 back in October 2013, upgrading to a 2012 model year example. He had begun to remove the “Mark-1” decals from the truck’s body when an AutoNation salesman told him to stop, for fear of blemishing the paint. The Texas plumber was led to believe that the dealership would use a safer method to remove the decals later.

Fast-forward to December, 2014, when a photograph was posted to Twitter depicting the former Mark-1 Plumbing truck with an anti-aircraft gun mounted in the bed, apparently being used by jihadist alliance Ansar al-Deen to battle government forces in the Syrian Civil War.

Mr. Oberholtzer has no idea how his retired work truck ended up being used in the Syrian Civil War, but now, he’s seeking $1 million from AutoNation Ford Gulf Freeway – a bit less than the losses he figures he’s incurred as a result of the damage to his business’ reputation. Mark-1 Pluming has received countless angry phonecalls and threats in the time since the truck surfaced in the Middle East.