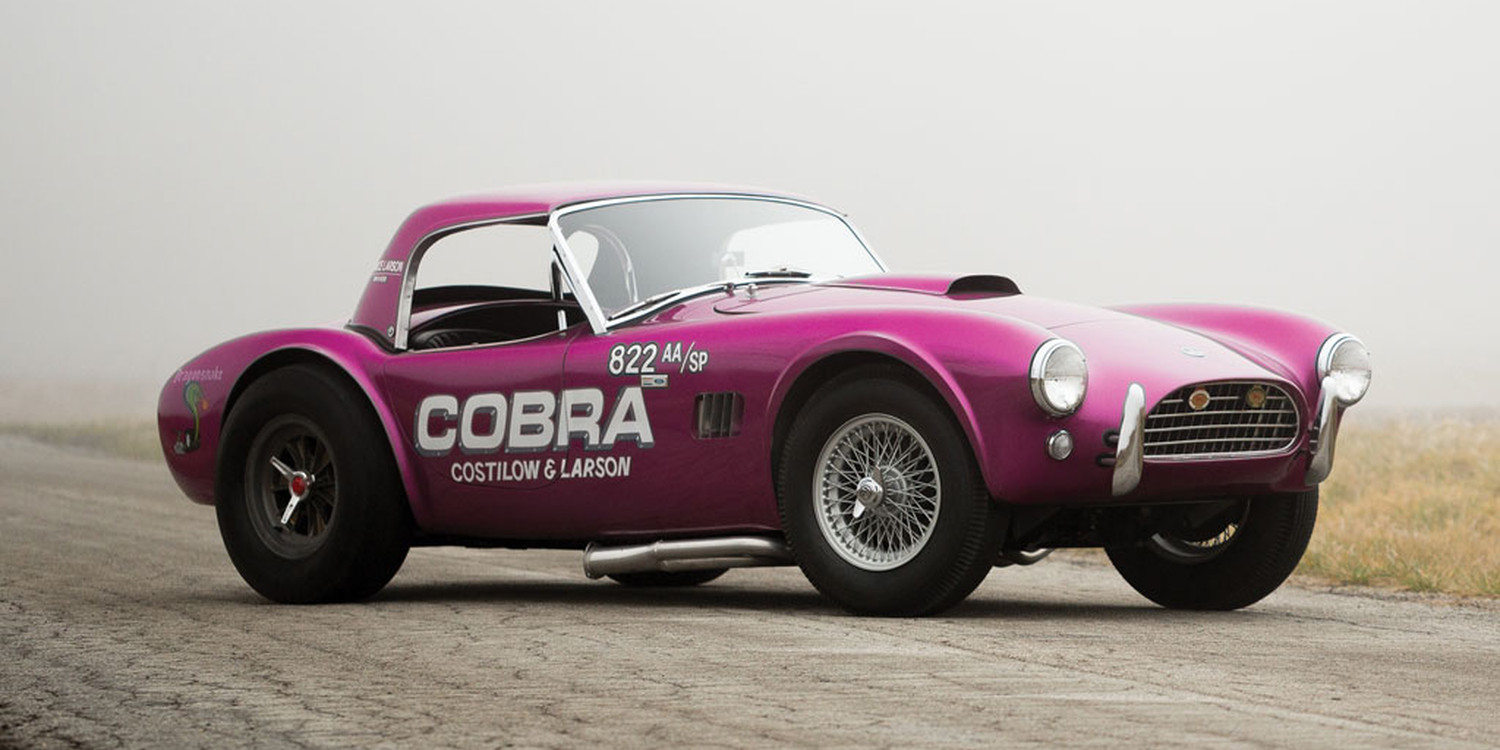 Blasting through the quarter-mile, this 1963 Shelby Cobra “Dragonsnake” in Fuchsia must have been one of the most spectacular sights ever known.

It would make an equally nice addition to your driveway.

This high-performance Shelby Cobra hardtop is headed to next month’s RM Sotheby’s event in Arizona, from January 28th through the 29th. It has a very notable racing history; after being purchased used in 1964 by one Jim Costilow, the car – then just a base model – was raced unsuccessfully by its new owner. So, Mr. Costilow took the car to Bruce Larson, who was already at that time an experienced drag racer. Larson spent nearly the Shelby Cobra’s full purchase price buying and fitting upgrades.

That’s how this 1963 Shelby Cobra came to be converted to factory “Dragonsnake” spec.

Castilow entrusted the driving duties to Larson, who quickly came to dominate the NHRA A, AA, B, and C Sport classes. In 1965, he set new records at the Springnationals, US Indy Nationals, and Winternationals, and accumulated more points than anyone else in any class of the NHRA. The next year, Costilow sold the 1963 Shelby Cobra Dragonsnake to Ed Hedrick, who continued racing the car through 1968, clinching countless victories and a World Points Championship in the process.

In short, this 1963 Shelby Cobra Dragonsnake in Fuchsia Metallic is one of the most notable competition examples ever built, and certainly the most successful Shelby Cobra in the sport of drag racing. The car passed through numerous hands after its racing days were over, eventually ending up the property of Mr. Bruce Larson himself. It’s been restored to period-correct specs and livery, and would make a great piece of vintage drag racing history for any diehard collector.