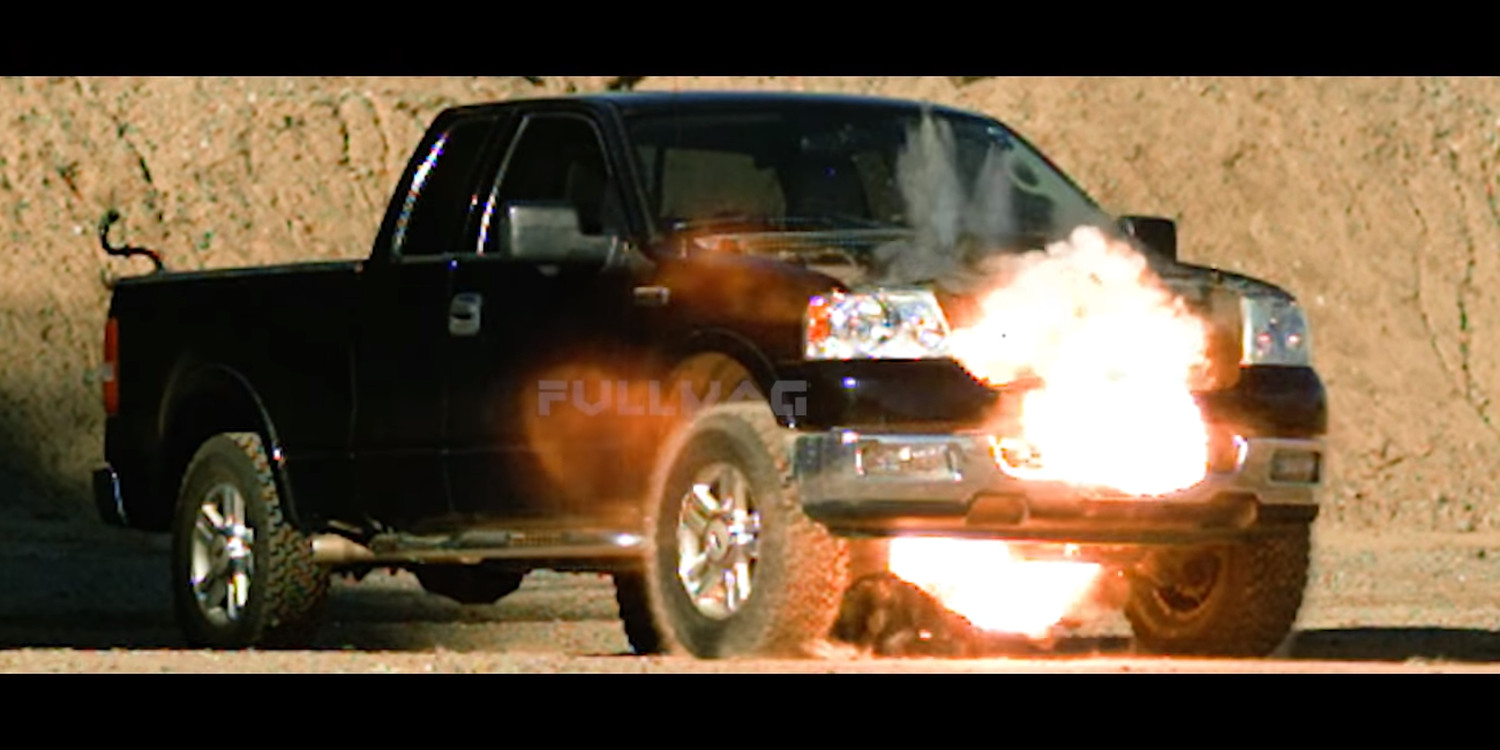 Recently, the folks at Fullmag discovered that replacing the engine on their 2004 Ford F-150, sadly, would cost more than the truck was worth. According to Four Wheeler, that’s about when they decided to bid the truck farewell in a blaze of fire, by blasting the Ford F-150 with a vintage German anti-tank gun.

The 7.5 cm Pak 40 was an anti-tank gun used throughout World War II by the German military, which utilized 75 mm projectiles to make short work of ally tanks. The 2004 Ford F-150 was a light duty, full-size pickup truck with a body-on-frame design, and precisely none of the protective armor of a tank. We’re sure you can already guess who emerges the victor in this confrontation.

Be sure to watch the video above to see Fullmag‘s 2004 Ford F-150 obliterated by a German anti-tank gun, but be warned: this video is not for the faint of heart.